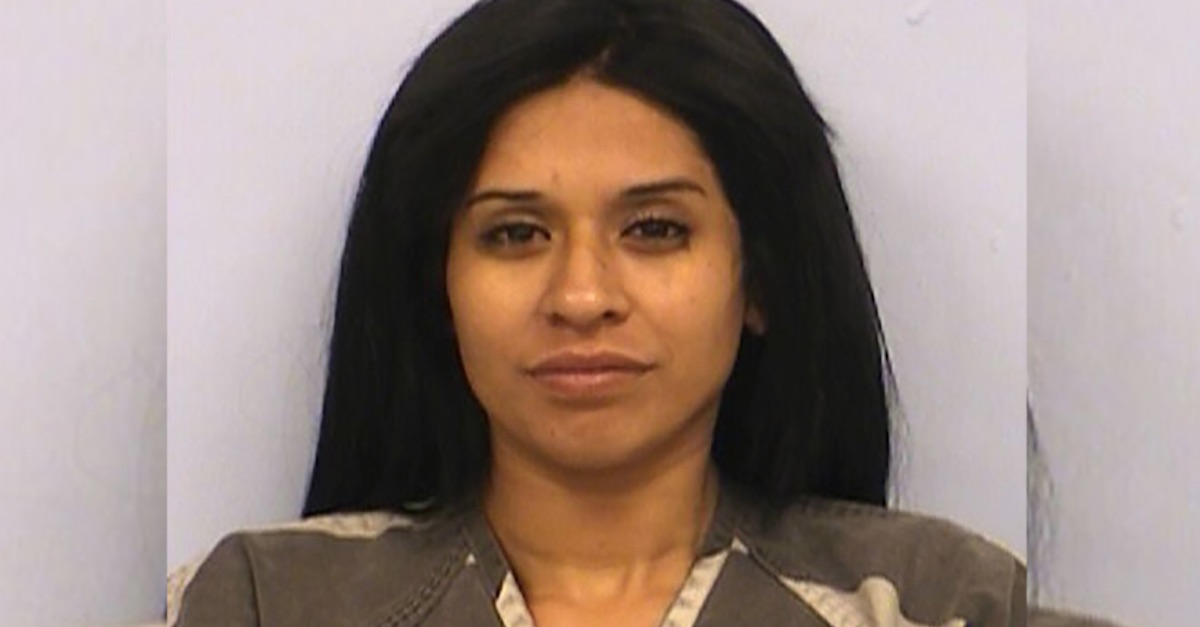 RELATED: A woman saw a baby in 130 degree car and smashed a window — the mom’s excuse is really something

Thankfully, in this case from last year, the children were rescued in time.

While she was there, she also allegedly shoplifted items.

According to the Austin American-Statesman, Perez’s children were found alone in a car and were “very hot, sweaty and dirty.” She was said to be in the store for more than an hour.

The doors of the car were locked. Concerned citizens tried and failed to unlock the car, but they heroically taught the 3-year-old child how to unlock the door.

The children were then taken to store security.

Perez, who was caught on surveillance camera loading stolen items into her car, eventually came back into the store to ask about her kids.

RELATED: A verdict has been reached regarding the father accused of intentionally locking his son in a hot car

She told police that “she left her children in the car because they were asleep.”

But the law isn’t buying it.

Perez was charged with two counts of endangering a child on Wednesday.