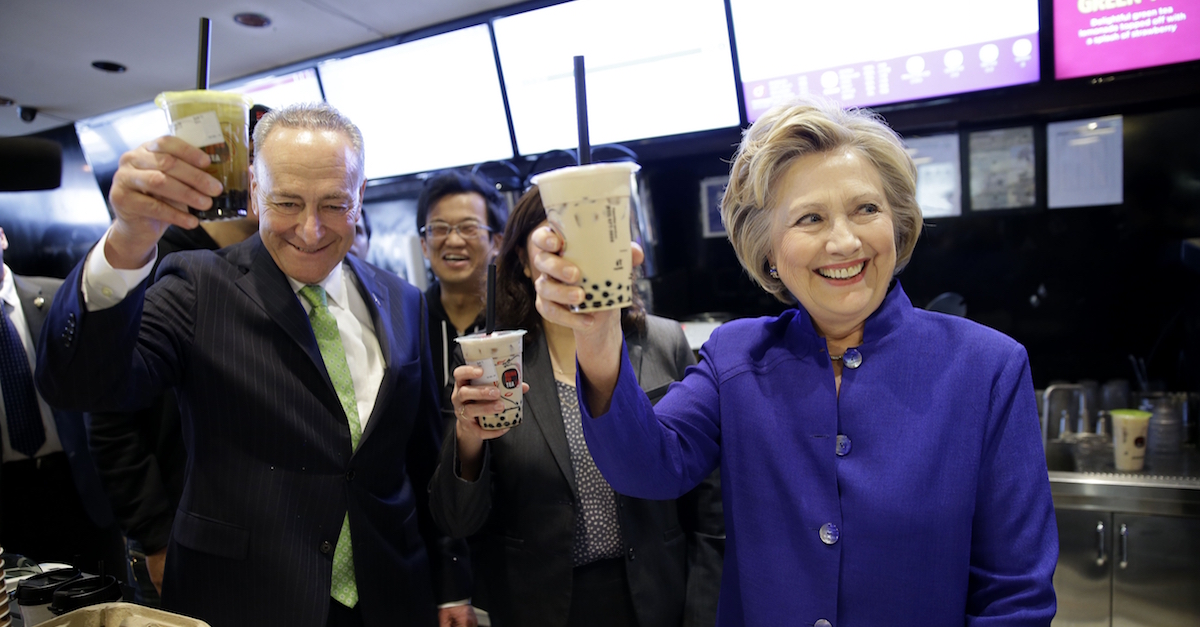 Senate Minority Leader Chuck Schumer (D-N.Y.) made a surprising criticism of Hillary Clinton during an interview with The Washington Post previewing the party’s new economic agenda called “A Better Deal.”

RELATED: President Trump just came to defense of his son Don Jr. by saying Hillary Clinton got away with worse

Schumer seemingly scolded Clinton for blaming the election loss on former FBI director James Comey and Russian interference rather blaming than herself for not communicating what the Democrats stand for.

?When you lose to somebody who has 40 percent popularity, you don?t blame other things ? Comey, Russia ? you blame yourself,? he said. ?So what did we do wrong? People didn?t know what we stood for, just that we were against Trump. And [they] still believe that.?

The Comey mention refers to the former FBI director’s letter to Congress a week before the election stating that the FBI had ?learned of the existence of emails that appear to be pertinent to the investigation? into Clinton’s emails.

The buzz about the letter and the election results spawned headlines like this: “The Comey Letter Probably Cost Clinton The Election.”

Schumer’s comments, in the context of the ?A Better Deal: Better Jobs, Better Wages, Better Future? discussion, are an attempt to show that the party has a positive economic message, not a purely anti-Trump message.

RELATED: Chelsea Clinton didn?t shy away from responding to Donald Trump after he mentioned her in a tweet