One of many brave people who jumped into action during a recent mass shooting in Las Vegas is Taylor Winston, a 29-year-old retired Marine who stole a work truck on the concert grounds and used it to drive dozens of shooting victims to the hospital that night.

To recognize and thank him for his actions, a Gilbert, Arizona truck dealer gave Winston a new F150. B5 Motors owner Shane Beus heard about Winston’s actions and wanted to thank him somehow, he told KNXV.

Winston’s response to the generous gift is exactly what you’d expect from someone who’s served. He’s more than humbled by the attention — and even shrugs it off, lamenting that he’s getting far more credit than others who were just as brave that night and saying it’s hard to accept his status as a “hero.”

“So many others that haven’t been given as much credit as I [have],” he said. “The people doing a makeshift hospital, [others] running into the gunfire to get people out to the road for me to be able to extract them.” He named his girlfriend Jennifer for tending to victims of the shooting, even though she is recovering from a broken back.

He’ll take the truck, but Winston plans to sell his current vehicle and donate the proceeds to a victim’s fund for the shooting. 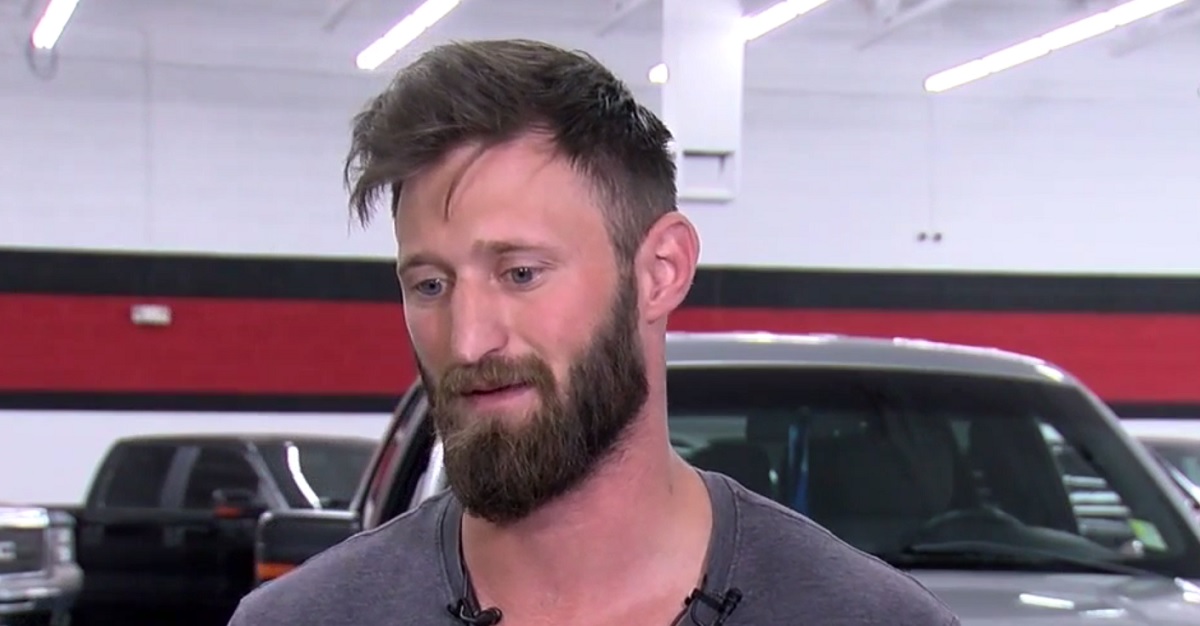