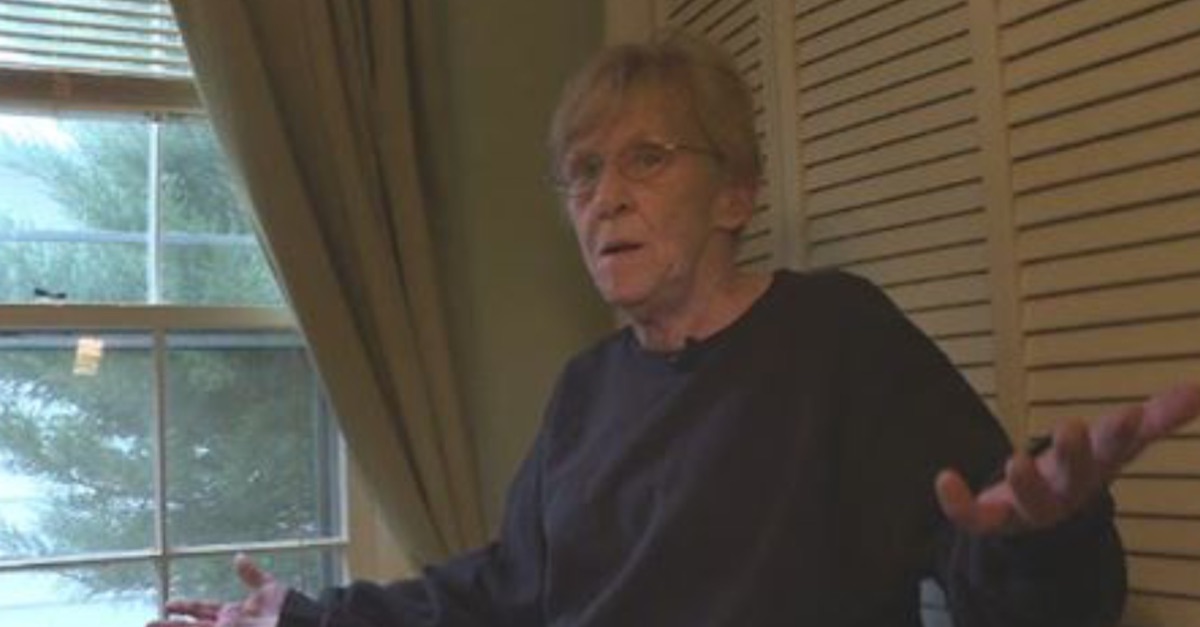 That’s what a West Virginia grandma with guns yelled out of her bedroom window at a would-be burglar attempting a Christmas Eve morning home heist, and they were the only words she needed to put a stop to that nonsense.

Yvonda ?Bonnie? Gatens wasn’t imagining things when she heard someone trying to break into her room in the early morning and she certainly wasn’t about to take a chance investigating the noise without a gun.

WSAZ’s interview of Gatens about the incident was everything we could have hoped for.

There it is: granny packing heat says four words and the burglar falls down.

The perp has not been identified and is still out there.

And then there was the money line: “Maybe they break in to get one of my cookie jars, reckon? See if I had cookies in all of them.”