A resident living on the north side of of Indianapolis, Ind. identified only as Philip has said that people have tried to steal his pro-Donald Trump sign two times since he put them up a few weeks ago, and he has some hilarious video to prove it.

Speaking to RTV6, Philip said that after the first incident he set up a camera in his front yard.

RELATED: After stealing a man’s Trump sign for the third time, a thief returned with a threatening letter

Of course, days later there was another theft attempt and the camera caught all of the relevant information needed to catch whoever was responsible. But there was a bonus aspect to the surveillance footage.

The unidentified thief hit a bit of a wall mid-theft and fell over, kicking her legs in the air as she went.

Philip explained that the he had tied the signs in place with fishing wire and that the woman fell when she ran out of string.

The comical fail is being called instant karma.

RELATED: What a man in a Jeep did to a roadside Trump sign has him in big trouble, but he doesn’t seem to mind

Let’s just put that on loop.

Philip has an idea about how such fails could be avoided in the future: don’t take people’s stuff.

“Whether it’s a Bernie or Hillary or a Trump sign, you might disagree with whatever the politics are, but it’s not yours,” he said. “Leave it alone.” 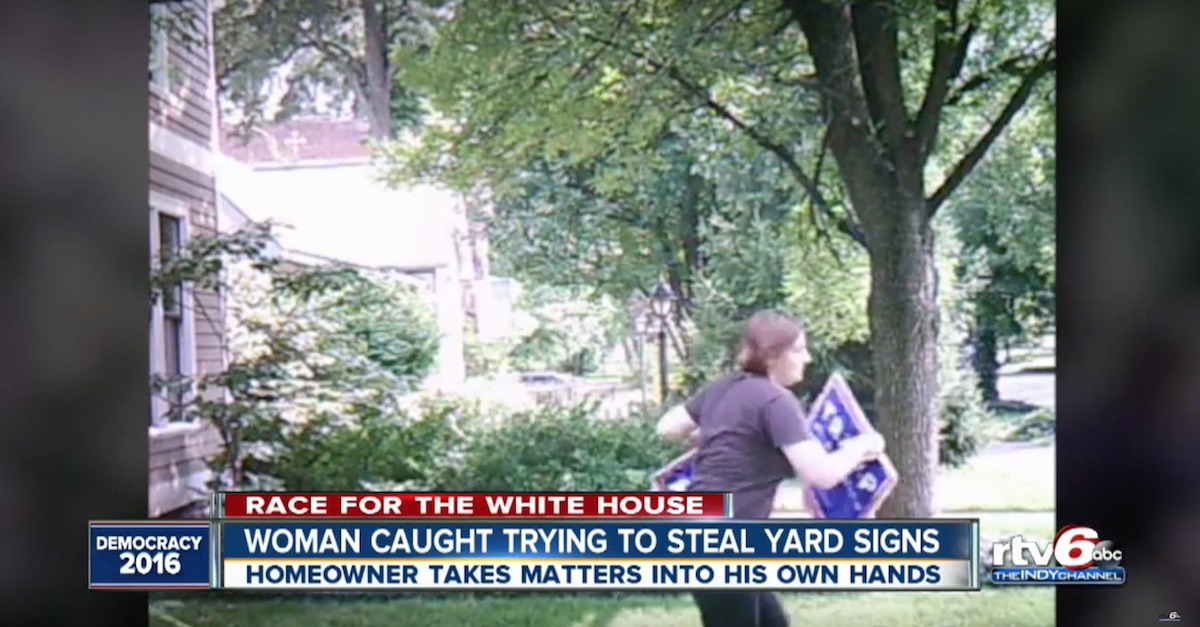