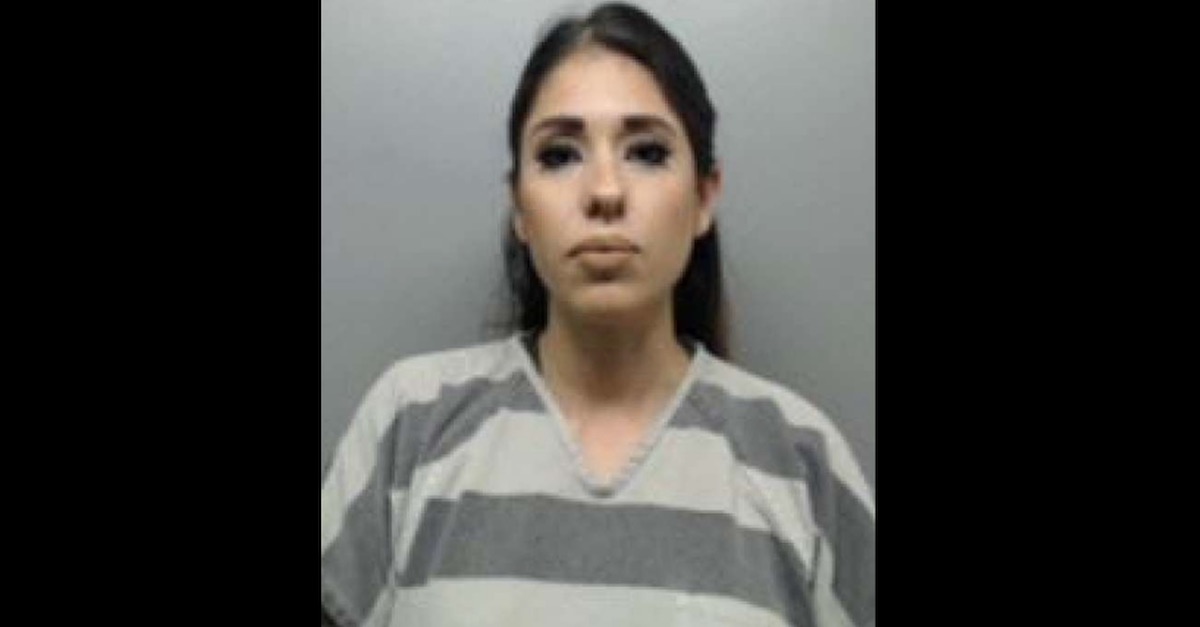 A married woman who reported to police that she had been raped in a bathroom at her workplace, and the workplace of her husband, by a co-worker, is now behind bars for filing a false report.

The Houston Chronicle reports that police say 27-year-old Karina Alvarez lied about being raped at the Laredo Medical Center by a co-worker she’d been having an affair with for six months.

RELATED: Waiting for a pizza at Domino’s, this steamy couple was caught turning up the heat with their pants down

The Laredo Police Department say that on Feb. 17 Alvarez and her co-worker got drunk on Jack Daniel’s and then went into a men’s bathroom to have sex because the women’s restroom didn’t have a lock on it.

Alvarez was later discovered alone in the bathroom by her husband, a doctor. The woman, who court documents say was “extremely intoxicated” and “incoherent,” told her husband that she was sexually assaulted.

The man she accused of sexual assault told police that he and Alvarez “are lovers and have been lovers for about six months.” He said the two got drunk and went to the restroom to have sex. He also turned over messages as proof the two had an ongoing affair.

He said that “he did not sexually assault Ms. Alvarez” and “that he and Ms. Alvarez had been seeing each other in secret.”

But his word is not what unraveled the case.

Police say Alvarez refused to undergo a sexual assault examination and denied having an affair with the man she accused. Police also said that during an interview at police headquarters days later, Alvarez asked that her husband not learn any facts of the case.

Police said Alvarez called them numerous times in an attempt to prevent her husband from learning the facts of the case.

The doctor husband told police that he suspected his wife “had something going on [with a co-worker].”

RELATED: Police: Florida woman kicked the crap out of her boyfriend after he denied her sex

When pressed for the truth of the matter Alvarez “pleaded the fifth.”