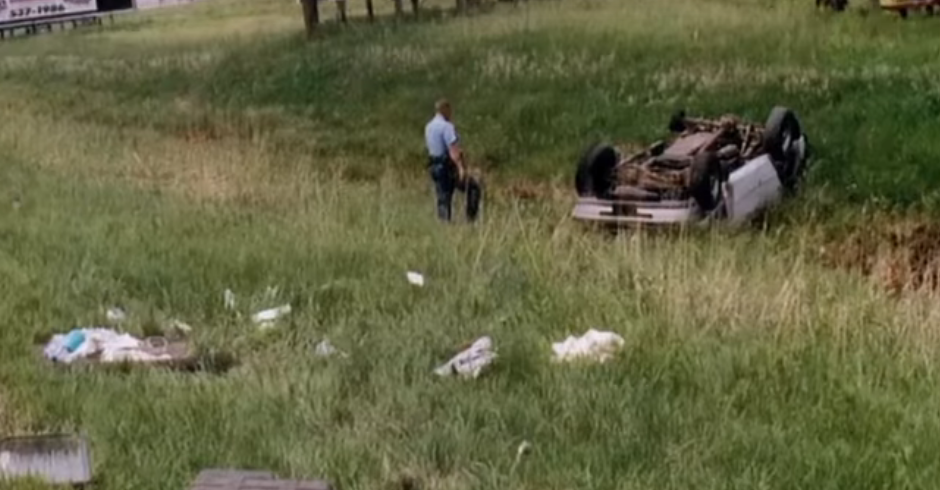 Warning: These stories are graphic.

Benjamin Franklin?s last words were memorable because they were thoughtful: ?A dying man can do nothing easy.?

This AT&T documentary from 2013 starts with the heartbreaking story of a young girl, Mariah West, dying just before graduation ? “all because of a senseless text message,” said Grant Hendrix, a trooper with the Missouri Highway Patrol.

“When I got to the scene, her face was disfigured from sliding down the roadway,” the officer explains. “It’s funny, the first thing I noticed about her was her shoes.  Lying in the roadway in a large pool of blood, I noticed her shoes and I thought ‘this is a young girl.’ At that point is when I noticed her cap and gown was still in her car. She was going to graduate the next day. It was just a really horrific scene.”

And there are more testimonials.

The sister of another victim, Ashley, tells her family’s story, including the final details of her sister’s life. Ashely was reading a text her sister had sent when she died.

“When she looked up, she had clipped the median on the left hand side of the road. Her truck flipped, and as it was flipping, she was actually ejected from the driver’s side door. And she landed in the ditch about 300 feet from her truck,” her sister shared.

Tell your kids about this. There is nothing more important than getting home safely.