13-year-old Aaron Fuller was bullied into doing the unthinkable, leaving his parents and siblings to mourn his death. According to the boy’s father, Steve Fuller, the sixth-grader committed suicide after he was bullied online by classmates. Aaron Fuller was found dead with a belt around his neck inside his home in Toledo, Ohio, on January 11, 2019.

The father believed his son killed himself because of the constant bullying he was receiving at school. The boy was allegedly mocked about the way he was dressed, and when he would forget to take his lunch to school and didn’t have money to eat. The bullies would tell Aaron his parents “must not love him enough to feed him.”

When the bullying moved to social media, Aaron’s parents told the school hoping they would offer a solution. However, the parents claim school officials did nothing to help, which meant Aaron had to defend himself during the back and forth exchanges. The parents had noticed Aaron had stop sticking up for himself and ate by himself during school hours and did not participate with others.

“When we send our kids to school every day, we assume they’re going to be safe. It’s a safe zone, but it’s not.” Tami Fuller, Aaron Fuller’s stepmother on bullying after Aaron took his own life. Read more at https://t.co/D3nijyHd6X pic.twitter.com/nBl19c1FfP

The parents stated the sixth grader had already attempted to commit suicide a few months ago and began to see a counselor shortly after. In September the parents returned home and found Aaron “in a pool of his own vomit” next to a bottle of rum. The boy said he was trying to kill himself to stop the pain, encouraged by the bullies at school.

Unfortunately, this time around, he didn’t survive his second attempt. The family returned from running errands to find him unconscious. Aaron’s mother, Tami Fuller, who is a nurse, attempted to perform CPR on the boy, but it was too late.

Aaron’s family is now speaking out about the incident, hoping to raise awareness about bully preventions. Fuller stated, “[The bullying] has to stop. People have to learn. These kids aren’t just getting bullied, but they know if they go say something to a teacher or someone else, they’re the next one who is going to get picked on or beat up.” Aaron’s obituary stated the 13-year-old was passionate about animals and had a close relationship with his bunny “Bob”. Aaron spent most of his time outdoors enjoying four-wheelers and riding around on dirt bikes with his brother Joseph.

“Our school family is heartbroken over the death of our student, Aaron Fuller. Our prayers go out to Aaron’s family and friends during this most difficult time. All of us who knew Aaron are grieving and will miss him very much. At this time, due to an ongoing police investigation and potential litigation, the district will have no further comments regarding this matter.”

Aaron’s death should not have been an option to make the pain stop. Those school bullies should be investigated and I hope Lake Local Schools do more to stop situations like this. Children should learn to pick up one another, not pull each other down.

This is sad, it hurts my heart to even think about what this boy was going through. Bullying is a big issue around the world, and it’s a shame that children feel the need to take their own life when it comes to having a solution. No child should even contemplate about suicide or hurting themselves at such a young age, or any age for that matter. Speak to your children, give them hope for the future, make sure they know that there is love in the world. Support them, care for them, don’t let them cave into thinking they need to stoop to that level. Kindness is not viewed as a weakness.

If you or someone you know is thinking about suicide you can contact the National Suicide Hotline at 1-800-273-8255.

Editor’s note: This article was originally published on January 25, 2019. 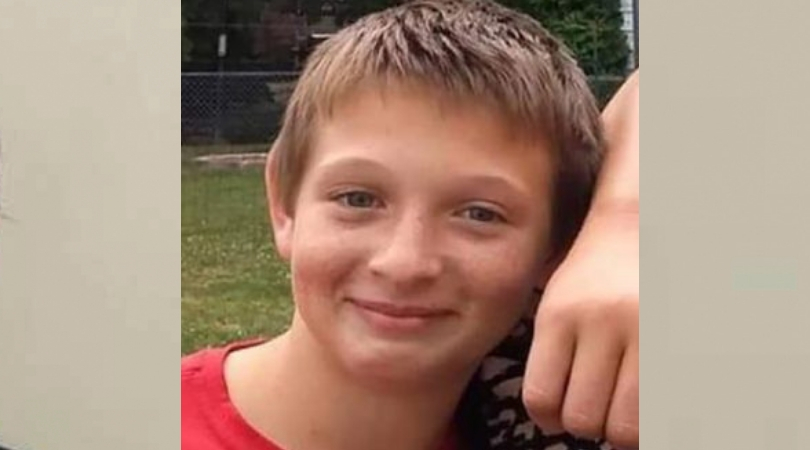