Someone Paid Over $81,000 For Abraham Lincoln’s Blood-Stained Lock of Hair 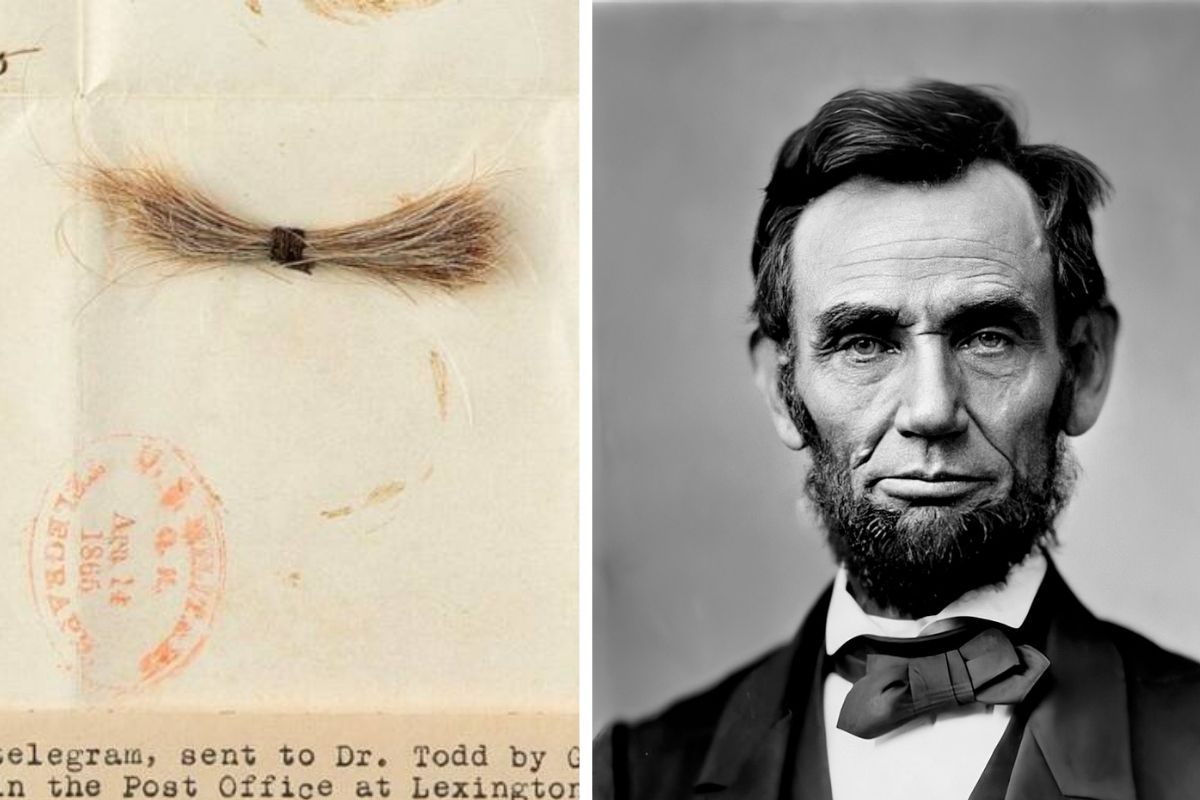 Uh….what? What in the world is going on. You’re telling me that someone had $81,250 dollars just lying around probably underneath their couch, and decided to buy a lock of Abraham Lincoln’s hair? Lordy, lord. I don’t know if this person is a huge fan, or just plain weird. According to CNN, the blood-smeared hair was being sold at an auction. The buyer who purchased the, um, “historic item” from the RR Auction of Boston, decided to remain anonymous. Because well, this is a little bit gross, not gonna lie. Don’t get me wrong, I respect Abe over here, but a hair smeared with blood? YUCK.

As far as how the two-inch lock of presidential hair made it to 2020 without public awareness is pretty astounding. The hair was reportedly clipped from Lincoln’s head during a postmortem examination the next day after he was assassinated, and then given to Dr. Lyman Beecher Todd. Todd was the cousin of the 16th president’s widow, Mary Todd Lincoln. Imagine living life knowing you cut a lock of President Abraham Lincoln’s hair and being the one who conducted Lincon’s postmortem examination?

With nowhere to put the lock of hair, Dr. Todd had then decided to wrap the clipping of hair and keep the hair safe in an official War Department telegram after he was shot. The items were passed down through generations, with Dr. Todd’s son James A. Todd detailing them in a letter dated back to February 12, 1945. According to Todd, “He wrapped the lock, stained with blood or brain fluid, in this telegram and hastily wrote on it in pencil: ‘Hair of A. Lincoln. The lock of Abraham Lincoln’s hair…was cut from his head and given to my father during the performance of the postmortem and has remained entirely in the custody of our family since that time.”

Authenticity of the Lock

As far as the authenticity of the lock, when it comes to auctioning off any history item, there needs to be extensive research to make sure the item is authentic. Although It’s been some time since John Wilkes Booth assassinated President Abraham Lincoln at Ford’s Theatre in Washington D.C. on April 14, 1865, to well, 2020 might seem unbelievable, the items were actually proven to be legitimate. RR Auction Executive Vice President Bobby Livingston stated, “When you are dealing with samples of Lincoln’s hair, provenance is everything — and in this case, we know that this came from a family member who was at the President’s bedside.”

According to ABC News, the War Department bloodstained telegram Dr. Todd was received was sent to him by George Kinnear. His assistant in the Lexington, Kentucky post office serves as postmaster. Obviously, it was no surprise that RP Auction house hopes of selling these items for $75,000 were indeed exceeded. Would you pay $81,000 for a long lock of hair? I wouldn’t.