According to a new report, more people attended Donald Trump Jr.’s meeting to obtain damaging information on Hillary Clinton than was originally believed, including a former Soviet counterintelligence officer.

This is the first news that any other parties were at the meeting, which was set up by Rob Goldstone after he told Trump Jr. that he could put him in contact with someone who could provide information on his father’s Democratic opponent.

Akhmetshin is suspected of having ongoing ties to Russian intelligence, a claim which he has denied. The lobbyist admitted to attending the meeting but told the Associated Press, “I never thought this would be such a big deal, to be honest.”

Veselnitskaya acknowledged that she was accompanied by at least one man, but she declined to identify him.

Alan Futerfas, Trump Jr.’s lawyer, told The Hill that the lobbyist mentioned in NBC’s report was introduced as a “friend of Veselnitskaya.”

Futerfas also said that when he talked to that individual, he laughed when he asked him if he worked for the Russian government.

“He is a U.S. citizen. He told me specifically he was not working for the Russian government, and in fact laughed when I asked him that question,” Futerfas told NBC News.

Trump Jr. has said of the meeting that, although he was promised compromising information, nothing ever came to fruition. 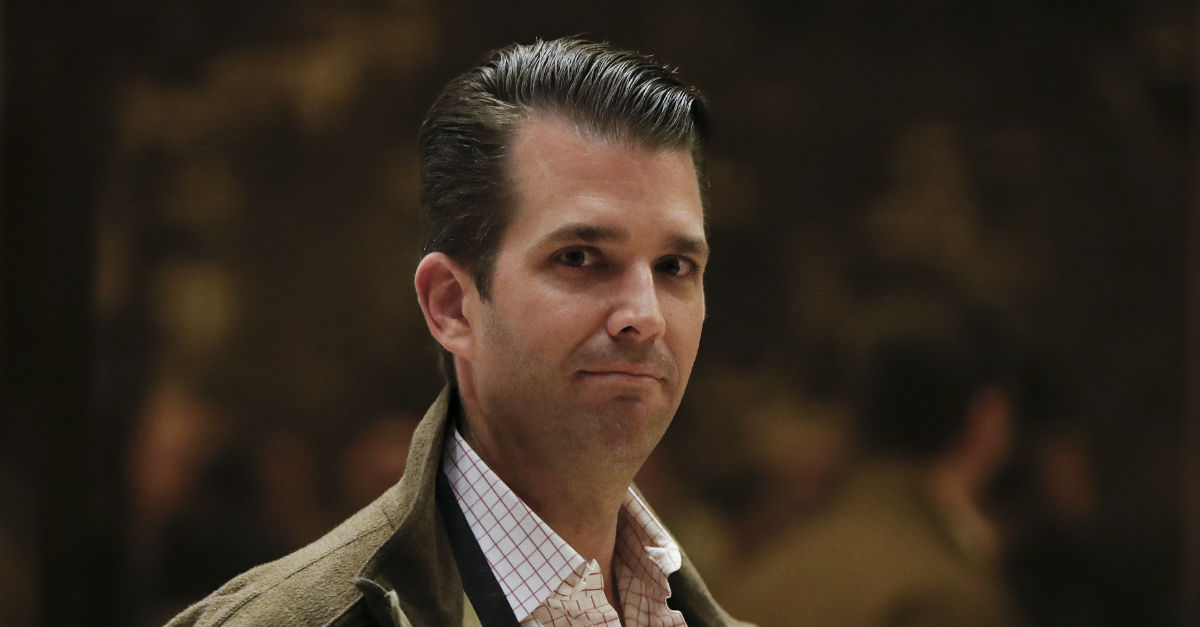