Menu
Follow us
Search
Menu
Search
In this Jan. 28, 2017, file photo, U.S. President Donald Trump speaks on the phone with Prime Minister of Australia Malcolm Turnbull in the Oval Office of the White House in Washington. For decades, Australia and the U.S. have enjoyed the coziest of relationships, collaborating on everything from military and intelligence to diplomacy and trade. Yet an irritable tweet President Donald Trump fired off about Australia and a dramatic report of an angry phone call between the nations' leaders proves that the new commander in chief has changed the playing field for even America's staunchest allies. (AP Photo/Alex Brandon, File)

As of Friday, the FBI had not commented publicly on the veracity of the report and there was no indication it planned to, despite the White House’s request.

RELATED: The White House continued its battle with the media by making this huge move against the press

The White House officials would only discuss the matter on the condition of anonymity. Two hours later, Trump panned news stories that rely on anonymous sources, telling a conservative conference that reporters “shouldn’t be allowed to use sources unless they use somebody’s name.”

White House officials said it was the FBI that first raised concerns about the Times reporting but told Priebus the bureau could not weigh in publicly on the matter. The officials said McCabe and Comey instead gave Priebus the go-ahead to discredit the story publicly, something the FBI has not confirmed.

House Democratic Leader Nancy Pelosi accused Priebus of committing “an outrageous breach of the FBI’s independence.” She called on the Justice Department’s inspector general to open a new investigation into all conversations Priebus and other White House officials have held with the FBI on ongoing investigations.

A 2009 memo from then-Attorney General Eric Holder said the Justice Department is to advise the White House on pending criminal or civil investigations “only when it is important for the performance of the president’s duties and appropriate from a law enforcement perspective.” When communication has to occur, the memo said, it should involve only the highest-level officials from the White House and the Justice Department.

CNN first reported that Priebus had asked the FBI for help, and a White House official confirmed the matter to The Associated Press Thursday night. On Friday morning, two other senior White House officials summoned reporters to a hastily arranged briefing to expand on the timeline of events.

The officials said Priebus had a previously scheduled meeting with McCabe the morning after the Times story was published. Priebus and Comey then spoke later in the day, the officials said in a highly unusual accounting of the White House’s discussions with FBI officials.

Earlier Friday, Trump accused the FBI of being “totally unable to stop the national security ‘leakers’ that have permeated our government for a long time.”

“They can’t even find the leakers within the FBI itself. Classified information is being given to media that could have a devastating effect on U.S. FIND NOW,” Trump tweeted.

Trump has been shadowed by questions about potential ties to Russia since winning the election. U.S. intelligence agencies have also concluded that Russia meddled in the campaign to help Trump defeat Democrat Hillary Clinton.

Last week, Trump fired national security adviser Michael Flynn because he misled Vice President Mike Pence and other White House officials about his contacts with the Russian ambassador to the U.S.

Flynn, who was interviewed by the FBI about his contacts, is said to have talked with the ambassador multiple times during the transition, including a discussion about U.S. sanctions policy.

Still, Trump and his advisers have denied having had contacts with Russian officials during the election. Last week, Trump said “nobody that I know of” spoke with Russian intelligence agents during the campaign.

Priebus alluded to his contacts with the FBI over the weekend, telling Fox News that “the top levels of the intelligence community” have assured him that the allegations of campaign contacts with Russia were “not only grossly overstated, but also wrong.”

“If the White House chief of staff can make public claims about the supposed conclusions of an FBI investigation, then Director Comey can come clean with the American people,” Wyden said.

“As a general matter, investigations and prosecutions should be about gathering the facts and the evidence and applying the law,” Shur said.

During the campaign, Trump and other Republicans vigorously criticized a meeting between then-Attorney General Loretta Lynch and former President Bill Clinton, husband of Trump’s general election opponent. The meeting came as the FBI – which is overseen by the Justice Department – was investigating Hillary Clinton’s use of a private email address and personal internet server. 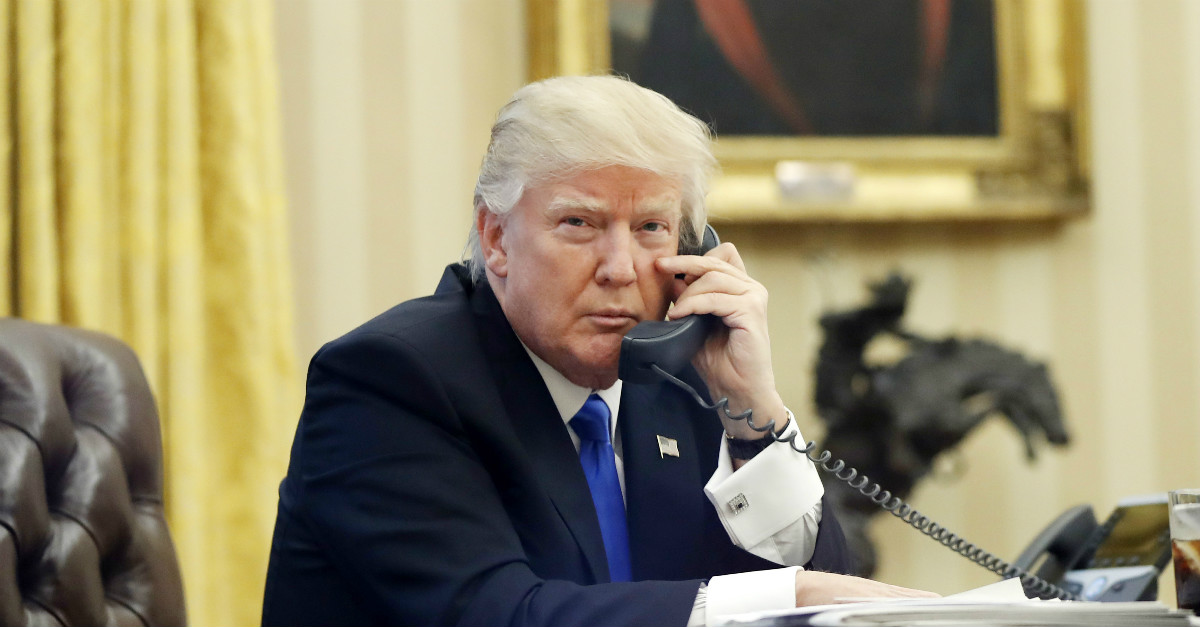