President Donald Trump’s recent executive order on immigration has ruffled a lot of feathers in our country. As a result of his action, a nation-wide protest was organized last week called “A Day Without Immigrants.” The protest sought to show the American people how influential the roles of immigrants are in America, even in ways we don’t always fully understand.

Unfortunately for 18 workers in Tennessee, a day of protest turned out to he a harsh lesson in right-to-work law reality. When the workers didn’t show up to work on Thursday at Bradley Coatings, the Tennessee-based painting company that employs them, they learned that they had lost their jobs.

RELATED: Protest becomes chaotic after Breitbart editor’s speech is busted up at Berkeley

“We are the team leaders directly under the supervisors and they informed us last night that we could not go back to work and the boss said we were fired,” one employee told KTNV under the condition of anonymity.

He added, “I would tell [my boss] he was unfair, after working for them for so many years, giving him our best. They could not understand that it was just one day. We were going to make up that day on a Sunday, but they didn’t understand that, and it was not the best way. They didn’t give us an opportunity and just told us we were fired.”

Sad as the circumstances may be, the company was completely within their rights to terminate the employees in the eyes of the law.

“Tennessee is an employment-at-will state which basically means an employer can end your employment at any time without reason or cause. Of course there are a lot of different stipulations, civil rights issues that could stop them from doing that,” Tennessee Department of Labor and Workforce Development spokesman Chris Cannon told KTNV.

Lawyers for Bradley Coatings clarified through an official statement after the termination took place that the employees were not fired for skipping work, but rather because the day’s work they failed to show up for included sensitive projects. KTNV also reported that seven additional employees resigned when they found out the company had terminated the 18 employees who skipped work to attend the rally. 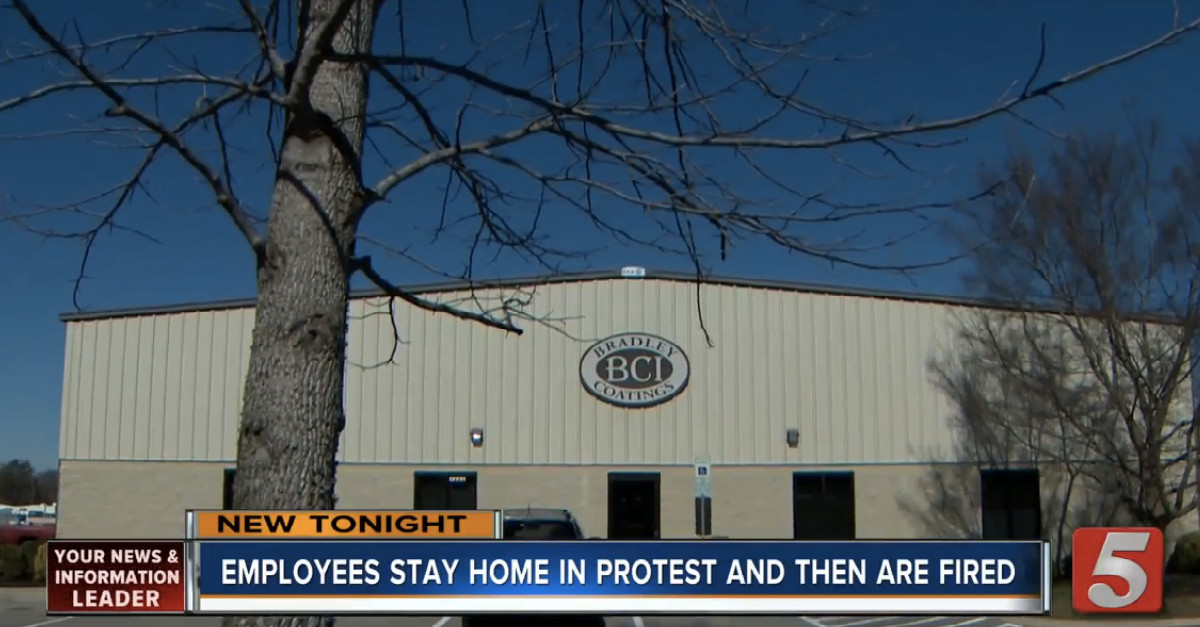