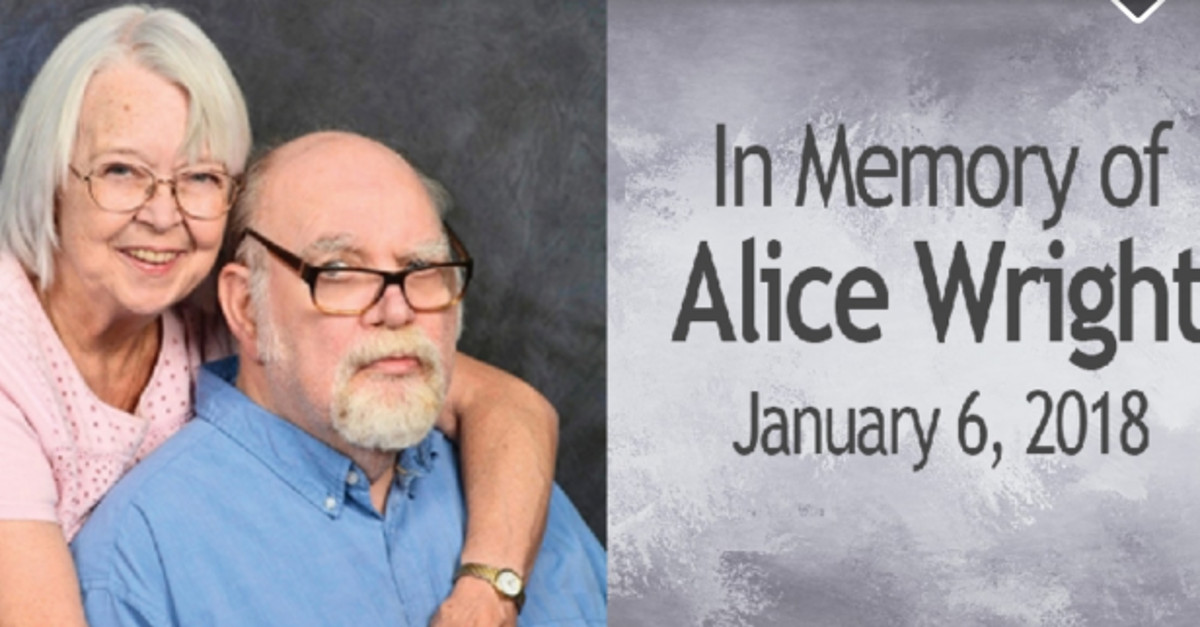 The death of a 74-year-old woman last week has led police to arrest two Indianapolis teenagers, including an 18-year-old former nurse’s aid, according to the Indy Star.

Kiesha Summerhill and her 19-year-old boyfriend Arion Cruthird face murder charges in the Jan. 7 death of Alice Wright. The chargers were announced by Brownsburg Police Sgt. April Hyde during a news conference, which was live-streamed by Fox59.

Police say the pair broke into the senior couple’s home and robbed the Wrights. Alice Wright’s daughter alerted police after she found her mother in her bedroom with an apparent gunshot wound.

Watch live as authorities in Brownsburg give an update to the arrest of two local teens for the murder of a 74-year-old woman.More: http://via.fox59.com/Yjsu9

Kerney Wright, who is bound to a wheelchair, was found in another room in the home. He was treated at a hospital for health issues unrelated to the case, police said.

RELATED: The kids and mother involved in a shocking murder-suicide in North Carolina have been identified

Investigators believe Alice Wright was likely dead for 12 hours before she was found. The autopsy report ruled the manner of death as homicide and the cause of death as multiple traumas “that complicated her hypertensive cardiovascular disease,” the Indy Star reported.

Hyde said investigators have made steady progress in the case over the last five days, but said there remain plenty of questions that need answers.

“It’s been rapidly evolving, but it’s also been very cumbersome and tiring for the investigators,” Hyde said, “and I can’t even imagine what the family is going through.”

RELATED: A Florida mom tragically lost her life in a murder-for-hire plot, but she wasn’t even the target

Hyde also alerted residents of Brownsburg to take proper precautions to protect themselves from crime.

The Wright family released a statement Friday and reported that Kerney will have to move into a nursing home to receive proper care for his medical conditions.

“The love of Kerney’s life, his wife of 39 years, and his full-time caregiver, Alice, was tragically taken from him January 6th,” the family statement read. “Kerney has disabilitating medical conditions that will require entry into a skilled nursing facility.”

A GoFundMe page has been set up to help the family with Kerney’s medical expenses.