A mother in the United Kingdom is warning parents of the dangers of trying on shoes with no socks after her 4-year-old daughter allegedly contracted a life-threatening infection on her foot. According to Jodie Thomas, her daughter Sienna usually wears socks every day, but due to it being summer, she was wearing sandals when the incident occured. The mother said Sienna was crying in agony the day after she tried on some shoes after their shopping trip in South Wales, and noticed an infection spreading up her leg and her temperature rising.

The mother immediately drove the toddler to the hospital, where she was twitching and shaking. Doctors told her the young girl had contracted Sepsis and they would need to operate. Sepsis is a potentially life-threatening application of an infection and occurs when the chemical is released into the bloodstream to fight the infection. If contracted, the infection can damage multiple organ systems, causing them to ultimately fail. Fortunately, doctors were able to contain the infection, by draining it out of Sienna’s leg, rather than submit her into surgery.

Staff at Prince Charles Hospital cared for the 4-year-old for five days, and say she may have contracted the bacterial infection from the shoes, believing she had a scrape or small cut, or an open wound on her foot which allowed the bacteria to enter her body. In the mother’s Facebook post, which has now gone viral, she states,

“For all parents please put socks on your children while trying new shoes on,” she wrote, in part. “I’m guilty for not doing it for mine and myself, but this can be the outcome of infection spreading throughout the body. You don’t know whose feet have been in them beforehand!!”

Thomas did state she knew things like athlete’s foot could occur by trying on shoes but had never heard about the risk of possible blood poisoning. Unfortunately, like in Sienna’s case, Sepsis can affect anyone at any time and strikes indiscriminately. The toddler is currently recovering from the incident but is being monitored by medical staff for potential complications.

Medical experts advise the public if they see any signs of infection, they seek medical attention urgently to avoid the infection from spreading. If you suspect you might have sepsis, early treating with antibiotics and large amounts of intravenous fluid can help improve chances of survival. Common symptoms of sepsis include respiratory rate higher than 20 breathes a minute, body temperature above 101 Fahrenheit, and heart rate higher than 90 beats a minute. 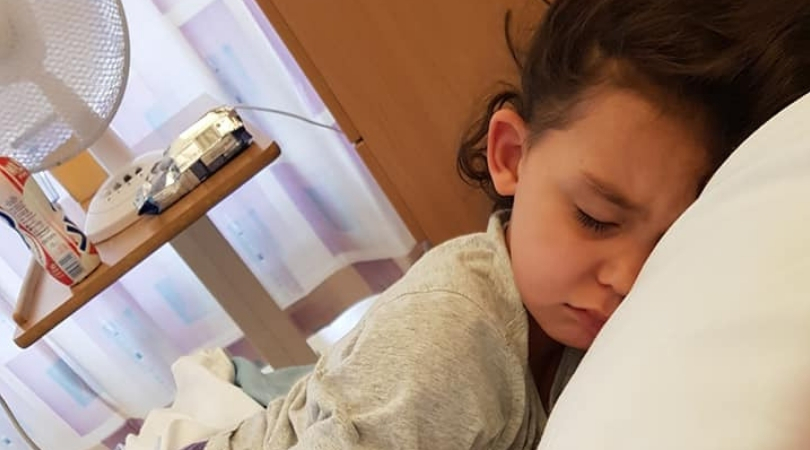