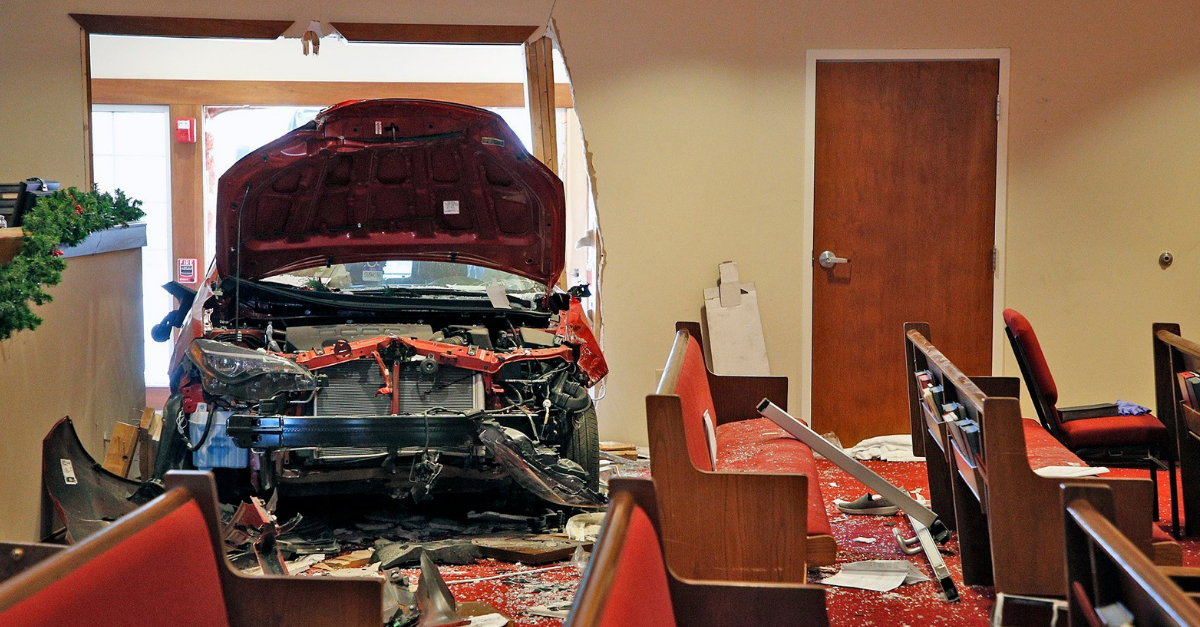 Firefighters say the six injured at Crossroads United Methodist Church in Columbus were treated for cuts and other injuries.

The Rev. Jay Anderson says members were singing a hymn when the car crashed through the wall. He says that the wall “just exploded” and that pieces of glass went flying.

He says the church was unusually crowded because there was a special Christmas performance.

About 100 people were inside. One woman who was sitting in a pew struck by the car says she slid across the aisle.

The crash left a wide hole in part of the church.

Police did not identify the driver or say whether charges were planned.

Watch: THIS SINFUL FISHING JOKE MIGHT GET YOU IN TROUBLE