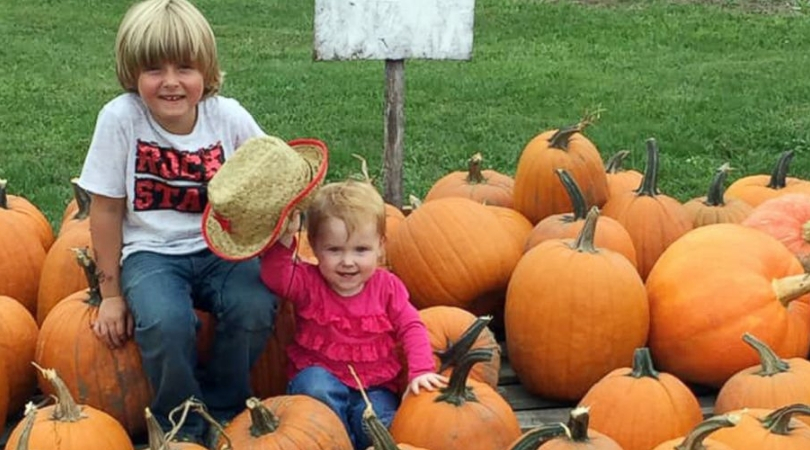 At 4-years-old Ian Christensen was diagnosed with Type 1 diabetes, a disease no stranger to the family, after Ian?s uncle Aaron was diagnosed with the disease in his teenage years. Aaron lost both his eyesight and a kidney in 1996, which is why the family has been fighting to give Ian the best treatment he can receive. Wanting him to have a normal childhood, his parents have been doing everything they can to cheer him up, which is why they were devastated when they learned he wasn?t allowed to ride the school bus like most children do.

Ian, from Sand Lake, Michigan, began kindergarten this year and was in ?Kindergarten readiness? last year, but has never been able to ride the school bus with other kids his age. Ian requires constant supervision to monitor his insulin pump and blood sugar levels, meaning it is too dangerous for him to be without an aid or someone who is trained in operating the device.

To protect the 5-year-old from any unforeseen dangers, Tri-County Area School District explained to Ian’s parents that due to an extremely sensitive fluctuation of his blood sugar, he could not ride the bus without supervision. Meaning, his parents would have to drive him into school every day. The parents asked the school to provide an aid for Ian but were denied, and the two went back and forth over other options for the boy. One of the options included a private ride for Ian, meaning he would travel on a private bus and arrive at school after all the other kids, which didn?t sit right for the parents.

Ian?s mother, Katrina Christensen, ultimately came up with the idea of sending Ian on the school bus with an alert dog, who can quickly sense blood sugar changes up to 45 to 60 minutes ahead from his spike. The dog can also retrieve the snacks or things those with diabetes need if they are ever in danger. Ian found out about the service dog and immediately asked his parents for one.

Although both parents agreed on the trained dog, the family had to explain to their son that it would take a few years to raise the $25,000 they needed, since service dogs usually range at that price. The family started selling backyard vegetables from their garden and Ian started selling lemonade, eagerly telling the community why he was raising the money. That?s when Ian came up with the idea of selling pumpkins. Ian?s mother and he planted the seeds in June and their crop took off, growing over 150 this summer alone.

On September 26, Christensen posted on Facebook announcing that the pumpkins were ready, and her son was ?raising money for diabetic alert service dog?. The post quickly spread around the community and has been shared more than 10,000 times. The pumpkins sold out in a matter of weeks, and according to the mother, people began to bring their own pumpkins and giving them to the kindergartener to sell. Customers were also giving him $20 and $50 bills for pumpkins that the family usually sold for $5 or $8, depending on the size.

In addition to the pumpkin sales, the family also created a fundraiser on Facebook for the boy, where they have raised over $24,000, their main goal starting at $20,000. The family successfully secured Ian’s new dog, who will be trained by Alert Service Dogs in Indianapolis. To help other children like Ian, the family will donate any extra money to JDRF in Ian’s name, hoping it will help another child get a dog one day, just like it did with Ian.

Watch: 8 Stubborn Dog Breeds That Don?t Care About What You Have to Say