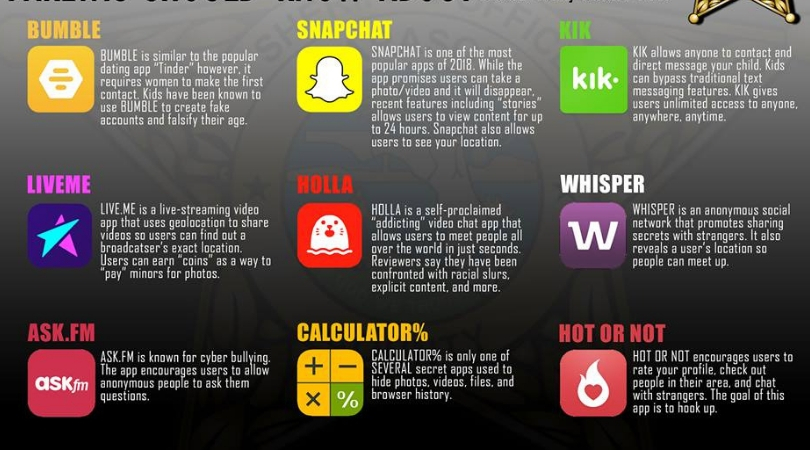 A string of 21 arrests from the Sarasota County Sheriff’s Office has prompted a warning for parents around the country. Deputies arrested 21 men — in a six-day sting called “Operation Intercept Five” — accused of soliciting young boys and girls for sex, using specific social media apps. The suspects ranged from ages 22 to 58 and engaged through the apps with sexually explicit written and verbal communications.

Authorities made contact with the men, pretending to be minors. Investigations said several suspects sent explicit photos and traveled with the intent to have sex with female or male children. Authorities are now urging parents to check your children’s phones to see if they are using any of these apps. The dangerous apps can expose your children to a range of things from bullying and unsolicited sexual messages, and may even allow the strangers to have your child’s location.

Many parents know about Snapchat or WhatsApp, but others on the list aren’t as well known. Apps like Hot Or Not, Holla and Whisper can all share your child’s location, post anonymous messages, and video chat with strangers. Law enforcement says the best way to stay on top of these apps is to simply ask your children what apps they like to use.

To help protect your child, authorities recommend approving every app on your child’s phone, check their privacy setting, talk with your children about social media and app usage, and find out what is popular in your region.

These are the following apps deputies are warned against:

Editor’s note: This article was originally published on October 3, 2018.