A 1-year-old baby died of an overdose after her father spiked her Capri Sun, prosecutors say 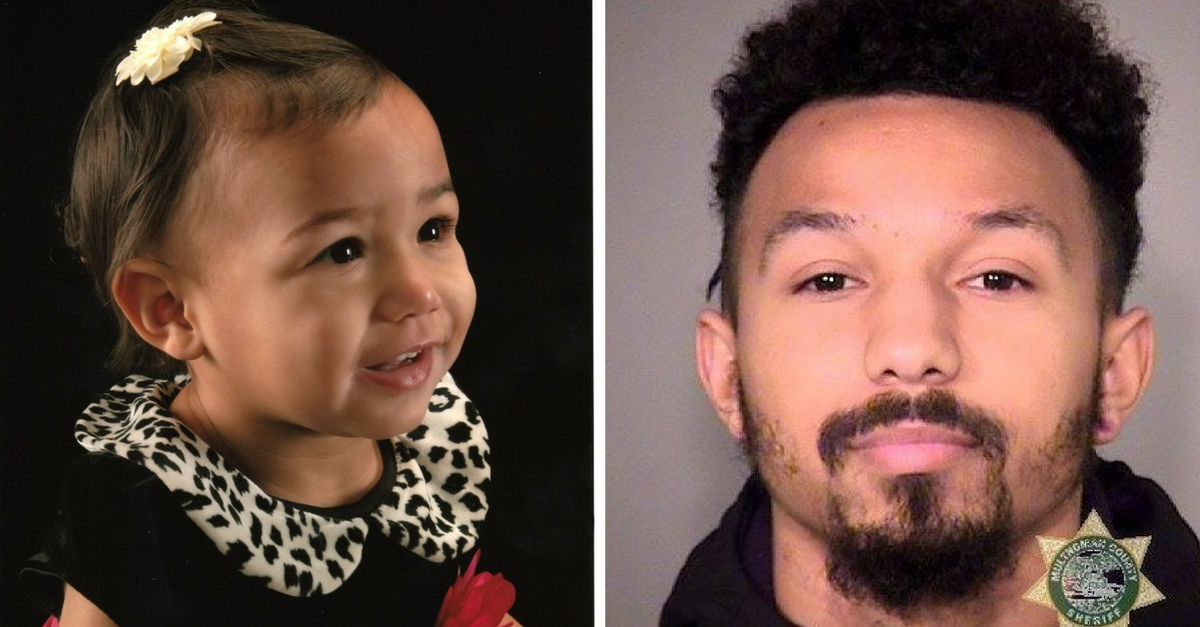 After a 15-month-old Oregon baby died of a methadone overdose in December 2013, the child’s father was accused of spiking kid-friendly drinks such as Capri Sun with the narcotic.

In court on Monday, prosecutors didn’t explicitly state whether or not they believe Darian Lee McWoods, 24, intentionally gave his daughter one of his cocktails or whether the girl consumed the drink without his knowledge. Either way, the amount of methadone found in the child’s system was enough to slow or stop her breathing, and McWoods was known to mix the drug into drinks.

Prosecutors also revealed another worrisome detail, saying that McWoods frequently used a dangerous method to get his daughter to go to sleep: holding her down in her crib until she stopped struggling and fell asleep. He would also allegedly encourage the mother of his other children to give them beer or whiskey to help them to go bed.

RELATED: Frightening Facebook Live video shows just what happens when you overdose on heroin — “Do you have a pulse?”

McWoods has been held in jail without bail since he was arrested over three years ago when the baby was found dead in his home while under his care. Prosecutors have used the time since to build a case against the defendant, accusing him of killing his daughter “with extreme indifference to the value of human life.”

His defense attorney has requested that the judge set a bail amount so that he may be released during his trial, which is set to begin in January. The attorney is arguing that the child’s death could be explained by other factors and that prosecutors made mistakes in their investigation.

McWoods allegedly told police that his daughter had been fussy on the day of her passing, and he put her down for a nap. When he later checked on her, he claims she was wedged between the mattress and the wall and wasn’t breathing. However, the deputy district attorney has said that the girl was too old to be at risk of natural suffocation in a bed.

RELATED: With heroin overdoses on the rise, an Ohio city councilman is wondering aloud whether the town should keep paying to help