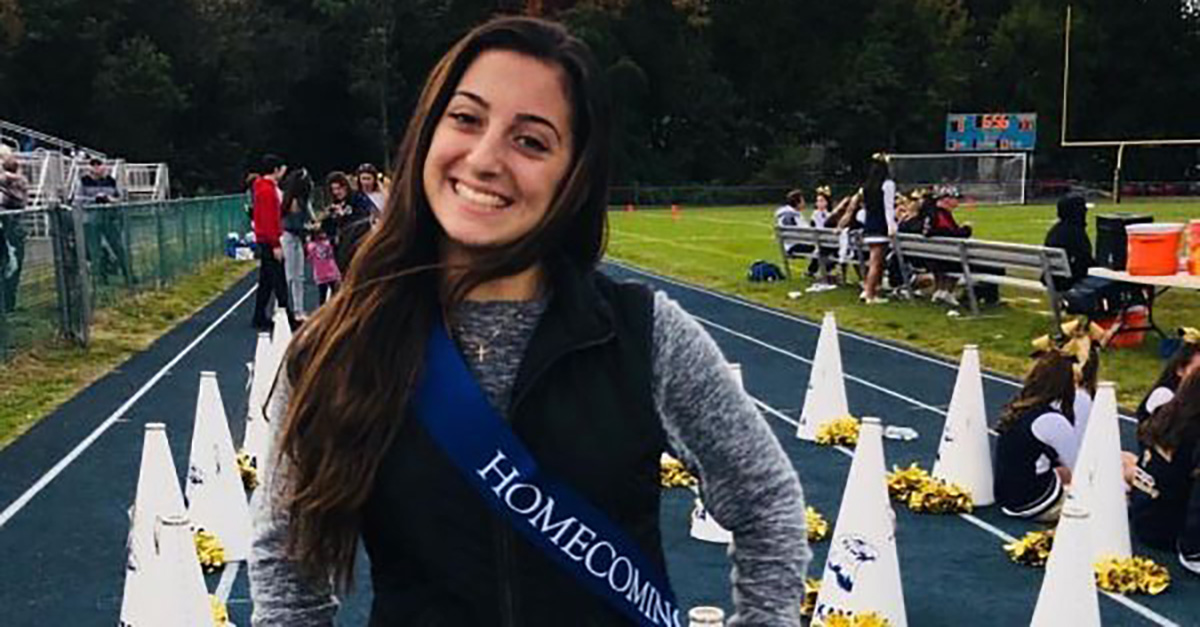 Brooke Costanzo left her family’s New Jersey home Sunday evening in her mother’s SUV. Her family has no idea where she was going or why, and she never came back, reported NJ.com.

The 16-year-old high school junior was involved in a one-vehicle crash about 50 miles from her home in South Brunswick. She died early Monday morning from injuries she sustained after she lost control of the Honda Pilot she was driving and collided with a tree.

Costanzo did not yet have a driver’s license, only a learner’s permit, and police say she left in the SUV without permission from her mother.

Police believe she came to the dimly lit road after exiting a nearby highway, the girl’s uncle Vincent Costanzo told NJ.com.

“We can’t even fathom how this could have happened,” he said. “It’s a long country road, and it bears to the right really sharp.”

RELATED: A North Carolina family is devastated after a collision with a logging truck claimed their son’s life

The girl’s family called police to report her and the SUV missing. Authorities tried to locate a signal from her phone around the same time she crashed.

When first responders found the wrecked vehicle, it took them nearly 40 minutes to get Costanzo out. Vincent Costanzo told NJ.com that police did not find her cell phone. The family is hopeful her phone will be found, and that emails and text messages can shed some light on why she left the house and where she was going.

“They did everything they could to find the phone,” her uncle told NJ.com. “We’re hoping they do find it. Without it, we’re stuck with a big mystery.”

Costanzo, a cheerleader, a pee wee cheerleader coach and volleyball and lacrosse player, was well-known in the Saddle Brook community and her high school. The town’s mayor described her as a “very, very intelligent and bubbly kind of person — curious, vivacious and precocious.”

Costanzo also worked in the school district’s before-care and after-care programs and babysat for families in the community.

“She had this mothering instinct, and when she saw babies, she just melted,” her uncle told NJ.com. “She was a good kid with a heart of gold. Tough shell on the outside, a soft little girl on the inside.”

RELATED: Florida man who caused a car crash near his home has hell of a reason for it

Costanzo is survived by her mother and her twin elder sisters Samantha and Paige, who are students at the University of Rhode Island. Their father, Timothy Costanzo, died in a motorcycle accident in 2011.

A GoFundMe page set up to help the family had raised nearly $50,000 as of Tuesday morning.