Five-Foot Tapeworm “Wiggled Out” of Man After Eating Sushi 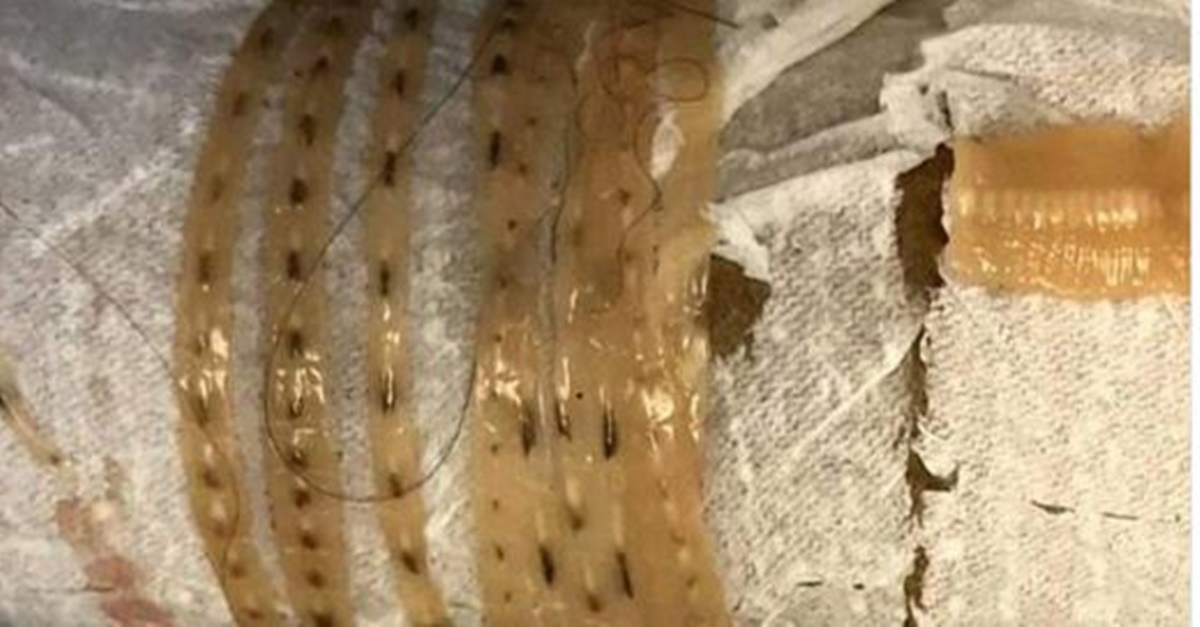 This isn’t exactly the most appetizing breakfast-time story but the news must be reported, and food safety certainly qualifies.

A Fresno man who said he eats raw salmon almost every day took himself to the hospital because, after several painful trips to the bathroom, he knew something was dreadfully wrong. Kenny Banh was the doctor assigned to this particular patient, who was complaining of abdominal cramps, bloody diarrhea, and other troubling symptoms. Oddly, the man asked Banh to check him for worms. Banh thought the self-diagnosis seemed peculiar… until the patient opened a grocery bag he brought with him.

“I take out a toilet paper roll… and wrapped around it, of course, is what looks like this giant, long tapeworm,” Banh said.

Five-foot long tapeworm came 'wiggling out' out of man's body after he ate sushi https://t.co/P6VjfN9iHm pic.twitter.com/pldGRbm1Vt

Banh made the man’s case public on a Jan. 8 episode of the Podcast “This Won’t Hurt A Bit,” a show that mixes medical topics with humor.

The man had told Banh about his final trip to the bathroom before deciding it was time to head to the hospital. “ ‘I looked down, and it looked like there was a piece of intestine hanging out of me,’ ” Banh recalled the man telling him. The doctor said the poor fellow thought his intestines were falling out! ” ‘Oh my goodness, my guts are coming out of me,’ ” Bahn said the man thought as he started pulling at the worm which came “wiggling out” of his body. The man only realized he wasn’t dying when the slimy thing moved in his hand. Instead of just being horrified, Banh said, the man was just relieved to know it was a worm.

Banh stretched the tapeworm out on the emergency room floor. It measured 5-and-a-half feet. After grilling the man to try to determine where the tapeworm might have come from, the man revealed that he eats raw salmon on most days.

In January 2017, doctors warned of Japanese tapeworm parasites found in the meat of U.S. salmon, according to KTLA. The parasites can be found in different types of fish that haven’t been flash frozen to kill the worms. Tapeworms most often cause only minor symptoms, but can in some cases can turn into a major medical problem. The cure is the same as it is for dogs: a pill. Banh asked the man if he would continue to eat sushi, and the man said he absolutely would — just not salmon.