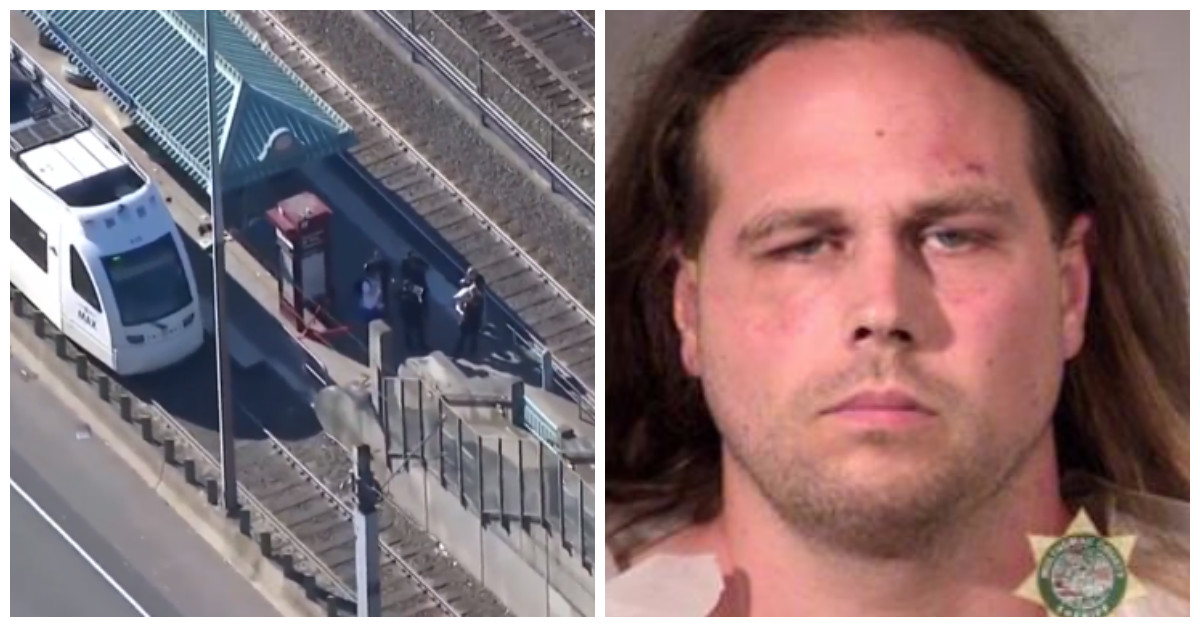 Two men died while trying to do the right thing.

On Friday, three men were stabbed by 35-year-old Jeremy Joseph Christian on a Portland public transit train after they attempted to defend a Muslim woman from his bigoted tirade, reports the Oregonian.

Portland police spokesman Sgt. Pete Simpson said that Christian wasn’t just shouting out anti-Muslim slurs on the train, but when his words targeted the Muslim rider, the men sought to intervene.

Christian responded by stabbing them. One man died on the scene, another at the hospital, and one survived his injuries.

RELATED: A white woman running for office in New York says using the N-word is all good

“These were folks just riding the train, and unfortunately, got caught up in this,” Simpson said.

“Our thoughts are with the Muslim community,” Simpson added. “As something like this happens, this only instills fear in that community. We have already reached out previous to this incident to our Muslim community partners and the different imams about extra patrol during Ramadan. We want to reassure them that that will continue.”

The incident occurred on the first day of the monthlong fast observed by most of the 1.6 billion Muslims around the world.

The Tri-Met published a series of tweets explaining transit service and expressing their sorrow for the victims and diversity:

(2/3)We are deeply saddened. Our thoughts & prayers are with loved ones of those lost & with person injured.

(3/3)Every person has a right to live in this country without fear.

RELATED: A Washington professor isn’t safe on campus after progressive students wrongfully accused him of racism

It is currently unclear as to why Christian was yelling on the train, if he has mental health issues, or if he was under the influence at the time of the attack.

Christian has since been booked into the Multnomah County Detention Center and is being held without bail. He faces charges of aggravated murder and attempted murder.