Drugs allegedly played a role in a mind-blowing accident in which a car careened off a California road and ended up wedged in the second floor of a building.

RELATED: A mom faces a heartbreaking loss after a cop car racing to a crime scene crashes into pedestrians

The driver of the white Nissan Altima somehow went airborne after hitting a median, driving the car right through a dental office in Santa Ana, Calif.

The accident happened shortly before 8 a.m. Sunday, and afterward, the driver reportedly admitted to authorities that he had used narcotics. He and the car’s passenger had minor injuries from the wreck, and police said the driver would likely be admitted to a nearby hospital for observation.

Speed was reportedly also a factor in the wild crash.

OCFA on scene in SANTA ANA of a vehicle into a building. One person still trapped inside the vehicle. pic.twitter.com/sWmtovu0Kd

A fire sparked in the building following the collision, but it was extinguished quickly.

Here’s it is from another angle:

RELATED: Former MLB star believed to be injured in horrific car crash into a building in New Jersey

The car was later extricated from the building thanks to the help of Orange County firefighters and a Los Angeles County search and rescue team. 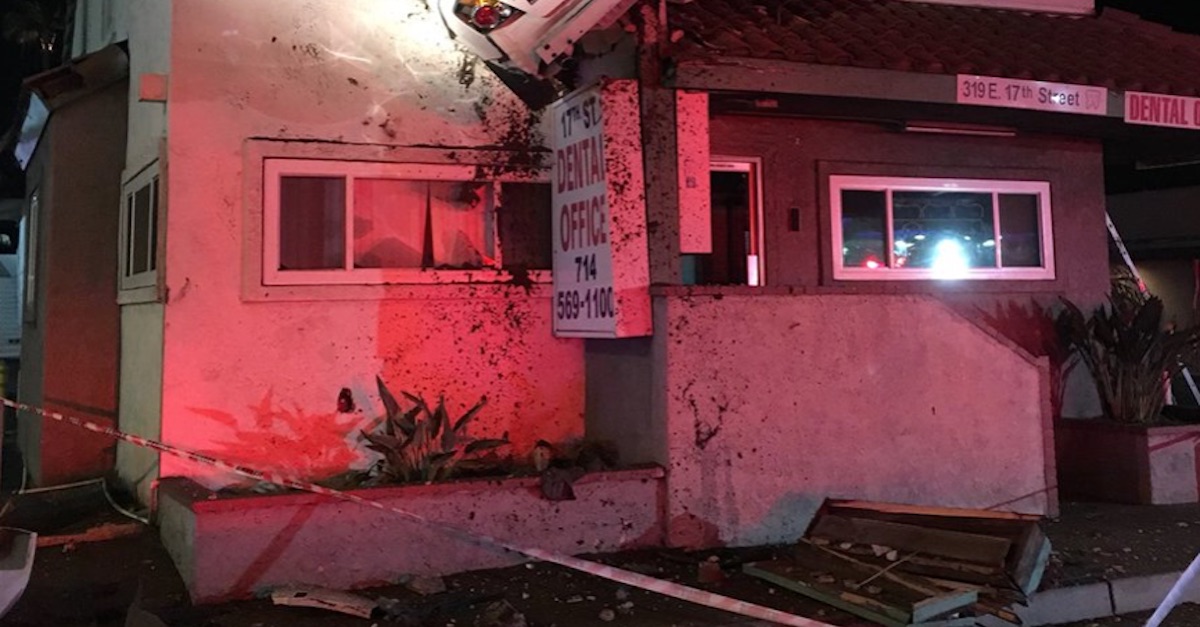