The California Highway Patrol says they catch carpool lane violations “every day.” Not every one of them is so elaborate, though.

In a Facebook post that’s going viral, the law enforcement agency’s Santa Rosa division posted a photo of the mannequin used by one California driver to make it look like he had a woman riding shotgun. But it was a mannequin in sunglasses and a black hoodie.

In fact, the CHP says that hoodie was key to catching the violator. They wrote that officer Ken Enger “spotted this young lady in the passenger seat of a carpool driver” and, being “a trained observer of human nature and fashion, concluded it was far to warm for such a thick hoody [sic].”

RELATED: Watch the insane moment a man vaults over four lanes of Highway 60 on a dirtbike

He stopped the car in question and issued a ticket. The man told police he had a long commute, from Lake County to Novato, but it didn’t help. Those tickets hurt too, as carpool violations start at $491, according to the Santa Rosa Press-Democrat. 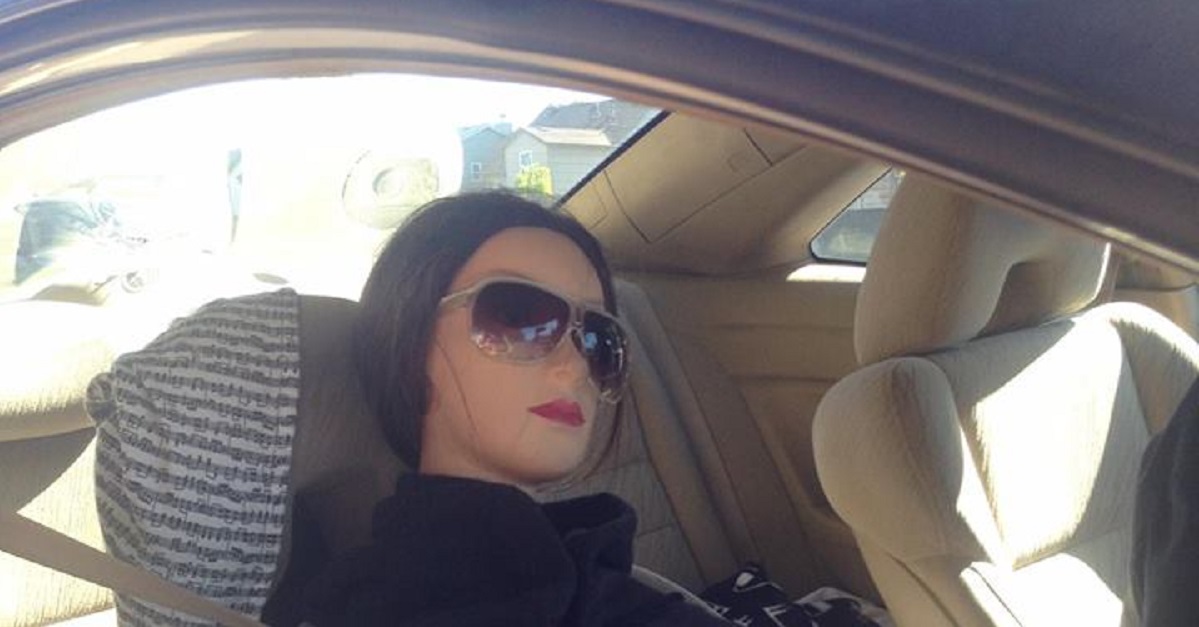