Menu
Follow us
Search
Menu
Search
FILE - In this July 21, 2012 file photo, comedian and activist Dick Gregory, from the upcoming documentary film "Soul Food Junkies," poses for a portrait during the PBS TCA Press Tour in Beverly Hills, Calif. A play about Gregory will open off-Broadway this spring starring Joe Morton and with an original song by John Legend. “Turn Me Loose,” by Gretchen Law will play the Westside Theatre starting May 3, 2016, under the direction of John Gould Rubin. (Photo by Matt Sayles/Invision/AP, File)

The family of legendary comedian and civil rights activist Dick Gregory announced Saturday night that he had passed away.

“It is with enormous sadness that the Gregory family confirms that their father, comedic legend and civil rights activist Mr. Dick Gregory departed this earth tonight in Washington, DC,” Gregory’s son, Christian, wrote in a Facebook post. “The family appreciates the outpouring of support and love and respectfully asks for their privacy as they grieve during this very difficult time. More details will be released over the next few days.”

According to a previous post, Gregory had fallen ill in the last week and remained hospitalized.

Throughout his life, Gregory was known for his humorous, and oftentimes, thought-provoking social satire, and as a lifelong fighter for peace and social justice for all people.

He provoked us to think and to change. And he made us laugh, too. Rest, our dear elder, #DickGregory. pic.twitter.com/LxSgYMhI8K

Dick Gregory was 84 years old. No cause of death has been announced.

Gregory is survived by his wife Lillian and their 10 children. 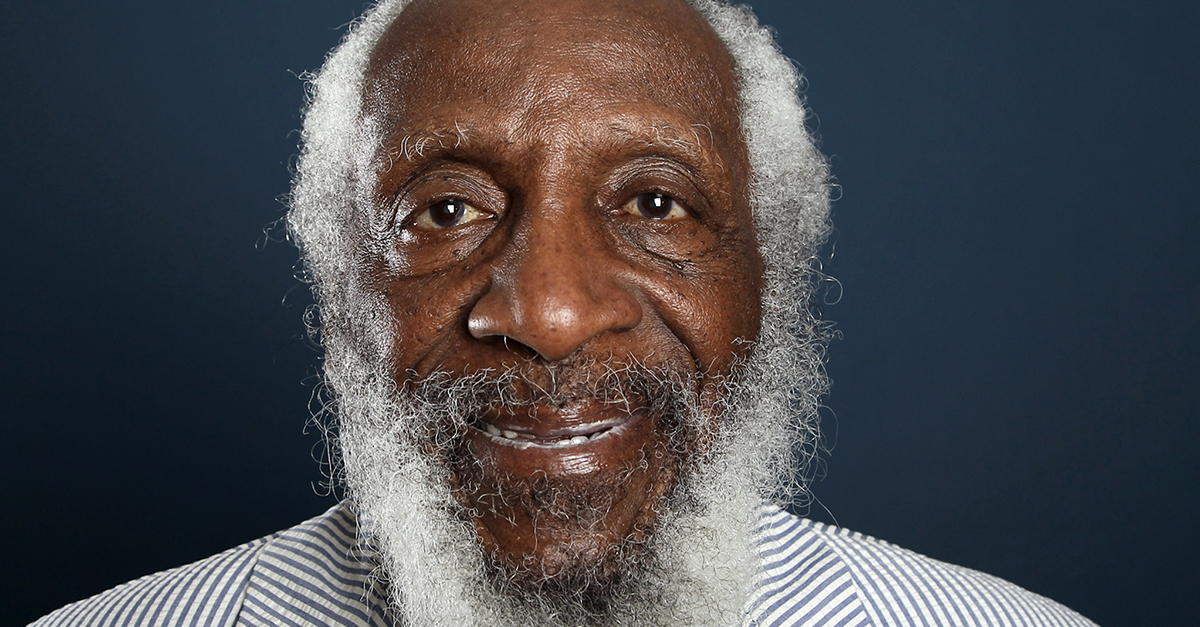