A Veterans Memorial Was Senselessly Vandalized in Georgia. At Least $200,000 Is Needed to Fix It 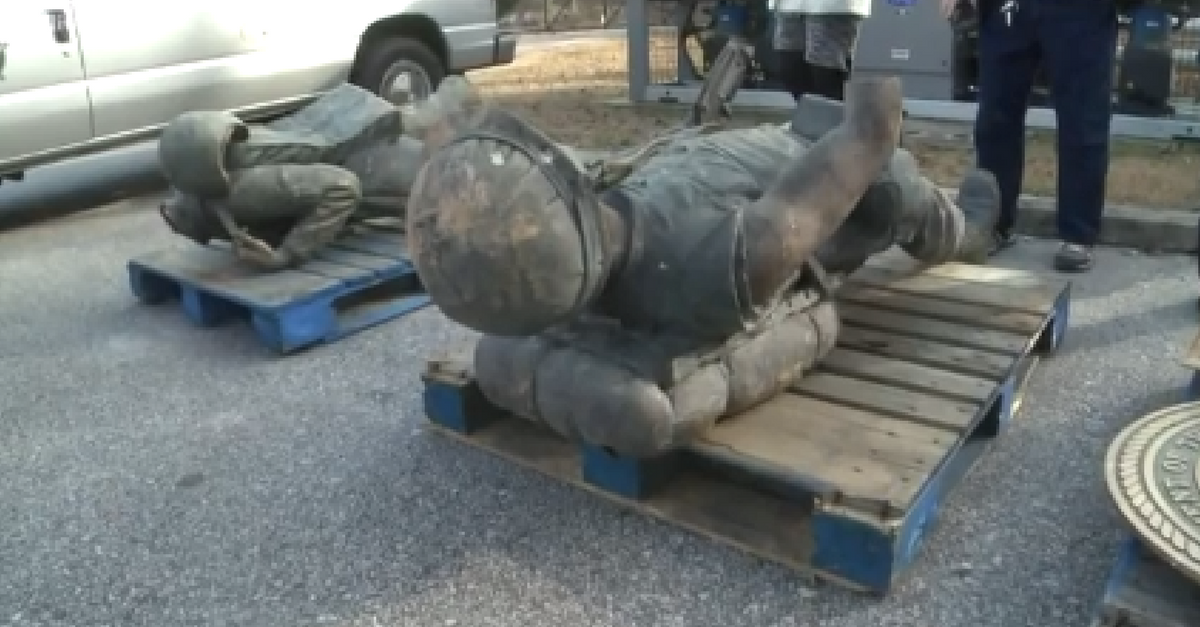 Board members and community members are coming together to raise the funds to fix the Walk of Heroes Veterans Memorial about 25 miles outside of Atlanta following the shock of discovering the bronze memorial had been pried apart by four vandals.

“When I got to the site, I felt like I was coming to a funeral,” Darin Riggs, a board member for the memorial, told FOX 5 Atlanta of the moment he saw the damage. “It was just heart wrenching for me. It just was not pleasant to come out here that day.”

So far, three of the four suspects have been arrested in connection with the heartbreaking crime. Bryan Loys Sears, 25, Keshia Martin Black, 42, and Wendall Tolbert, 51, are facing criminal trespass and felony theft by taking for the incident, in which they both desecrated the memorial and stole pieces of it. Investigators have reportedly obtained a warrant for a fourth suspect, but have not yet released the individual’s name.

“This case has taken us to Union City, Coweta County, and Meriweather County,” Rockdale County Sheriff Eric J. Levett said in a statement. “We want to make sure that we send this message to the remaining suspect. This was a terrible crime. This was disrespectful to many men and women who sacrifice their lives each and every day and have sacrificed their lives in the past for our country.”

Authorities were fortunately able to recover many of the stolen pieces and are holding them as evidence in the case and in hopes that a sculptor may be able to use them in the restoration. While the county has insurance on the site, the president and chairman of the board for the memorial is unsure how much, if anything, the policy will cover. He and his fellow board members hope the community will help them raise whatever funds are necessary to repair the memorial and are accepting donations on their website.

This story was originally published on January 10, 2018. We’re happy to report that Georgia’s Walk of Heroes has been repaired. You can learn more about their efforts here.