Orange Coast College (OCC) in California has suspended a college student for one semester who recorded his professor comparing the election of President Trump to “an act of terrorism.”

In December, student Caleb O’Neil, who had campaigned for Trump during the election, recorded portion of his class where human sexuality Professor Olga Perez Stable Cox said:

Our nation is divided, we have been assaulted, it’s an act of terrorism. One of the most frightening things for me and most people in my life is that the people creating the assault are among us. It is not some stranger from some other country coming and attacking our sense of what it means to be an American and the things that we stand for, and that makes it more painful because I’m sure that all of us have people in our families and our circle of friends that are part of that movement and it is very difficult.

RELATED: Drexel University has responded after one of their professors made a racist tweet on Christmas Eve

Cox had also promised to “no longer tolerate any person who voted for Trump.”

His video was then sent to Campus Reform, a conservative publication dedicated to highlighting unfair treatment of conservative college students, where it was also added to a story explaining the incident.

Following the distribution of the story, Cox received an influx of threatening messages from Trump supporters. She left her home after a picture of her house and address were reportedly emailed to her.

O’Neil received a letter from OCC on Thursday informing him that he was to be suspended for an entire semester, as he had been charged with unauthorized recording, a violation of both the code of conduct and Cox’ syllabus. The letter cited both violations:

43. Unauthorized Tape Recording. Tape recording any person on District Property or at any District function without that person’s knowledge or consent. This definition shall not apply to recordings conducted in public, in a commonly recognized public forum.

46. Unauthorized Use of Electronic Devices. Unauthorized use of an electronic device on District property or at any District function, including but not limited to, classes, lectures, labs and field trips.

RELATED: Tucker Carlson took it back to the 20th century with a strong criticism for the high number of liberal colleges

The letter, dated for the 9th, gave O’Neil a week to appeal the charges. It also stated that he was to write a letter of apology, as well as a three-word, double-spaced essay with various stipulations.

As noted, the state of California also requires two-party consent to record private conversations, though many states only require one party’s consent. That said, O’Neil is facing punishment on account of OCC’s written policy.

It has since been reported that O’Neil is being represented by Bill Becker of Freedom X, a law firm dedicated to conservative and religious issues. 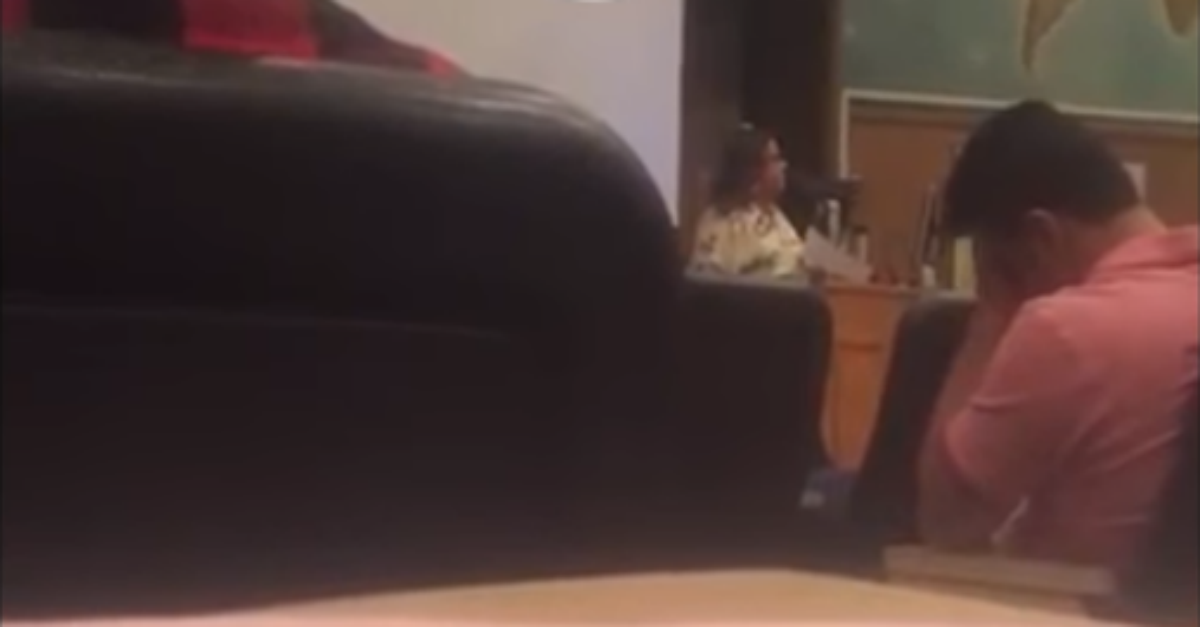