This shark wasn’t found off Florida’s coast, but dead in a Walmart shopping cart.

A Walmart assistant manager in St. Augustine came upon the shark while in the parking lot, according to WTLV.

RELATED: When this guy sees a knife sticking out of a shark’s head, he does the unimaginable

The shark, which a deputy said was about 4 to 5 feet long, was originally left on an RV’s hood. The RV owner told deputies he moved it off his vehicle.

Florida Fish and Wildlife officers came and disposed of it, WTLV reported.

Another dead shark was found at a person’s home the same day, the St. Augustine Record reported.

The St. Johns County Sheriff’s Office said they don’t know where these sharks are coming from. 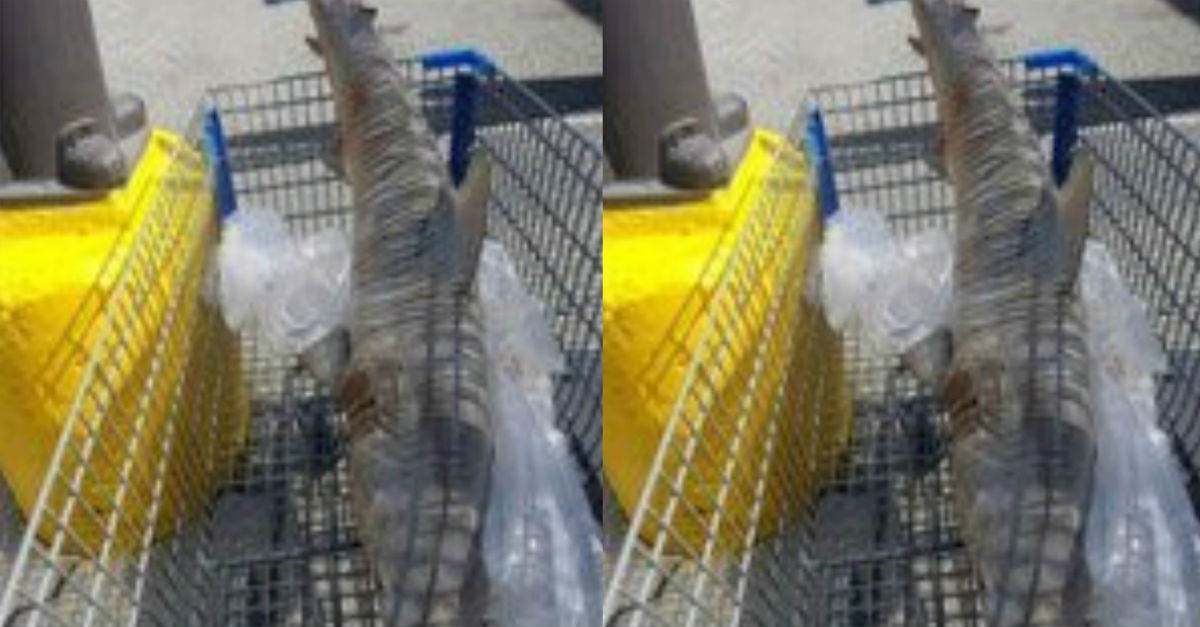