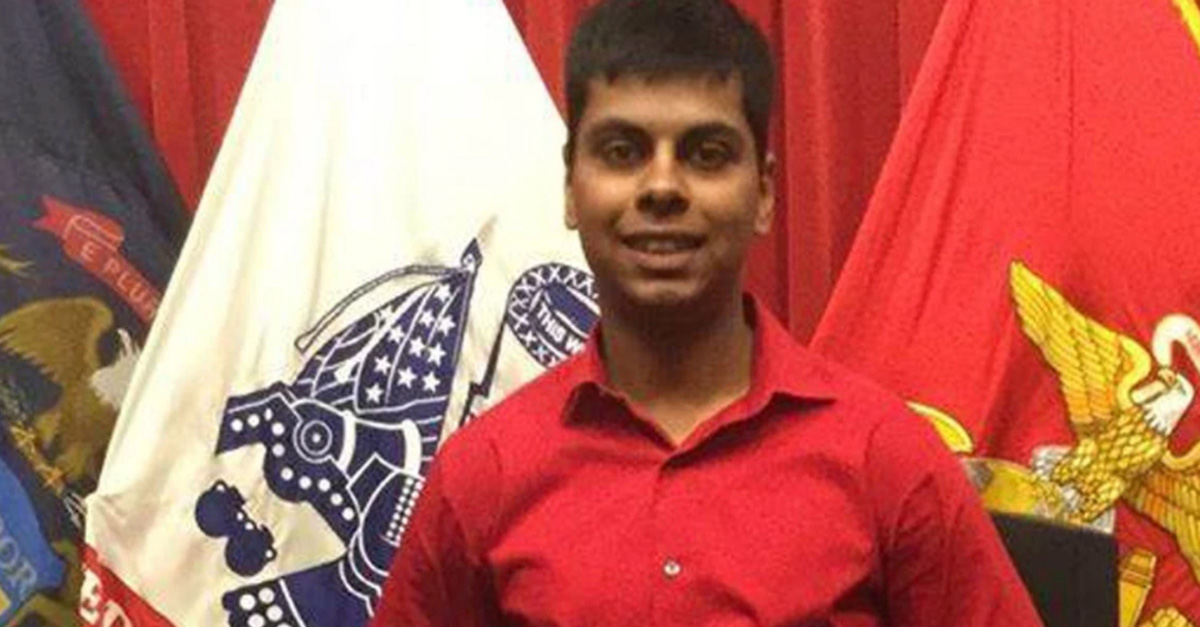 Gunnery Sgt. Joseph Felix was found guilty on Thursday by an eight-member Marine jury on a charge he mistreated recruit Raheel Siddiqui, who committed suicide during boot camp in March 2016.

The former drill instructor was facing accusations that he punched, kicked and choked recruits and specifically targeting three Muslim recruits, including Siddiqui, whom he allegedly called “terrorists.” After deliberating, the jury determined Felix was guilty of slapping Siddiqui and forcing him to run laps in the barracks despite the fact that he had asked for medical attention for a sore, bleeding throat just prior to his death.

He was additionally found guilty of ordering another Muslim recruit to do exercises in the shower room after lights out and then climb into an industrial dryer, which was turned on briefly, as well as eight counts of violating training orders, making false official statements and being drunk and disorderly. He was, however, found not guilty of obstruction of justice related to an accusation that he told recruits to withhold information about Siddiqui’s death.

The verdict is a win for the prosecution, who argued that Felix was “drunk on power” during his time as a drill instructor. He is expected to be sentenced on Friday and could face years of confinement, loss of pay and rank, and expulsion from the Marine Corps when all of his charges are considered.

Siddiqui sadly passed away less than two weeks after starting boot camp and just five days into training with Felix’s platoon after falling from an exterior stairwell. While the Marines have concluded that his death was a suicide, his family has disputed that claim and filed a $100-million negligence lawsuit against the Corps. Investigators say the recruit had no history of mental illness and only wanted to leave the Marines because he was tired of being hit.

The details surrounding his death were not discussed in court, as Felix was not directly charged in his death. However, witnesses said Siddiqui ran out the exterior door after Felix slapped him. An earlier investigation found that he leaped over a stairwell railing and caught his foot on it, falling three stories and later dying of his injuries.