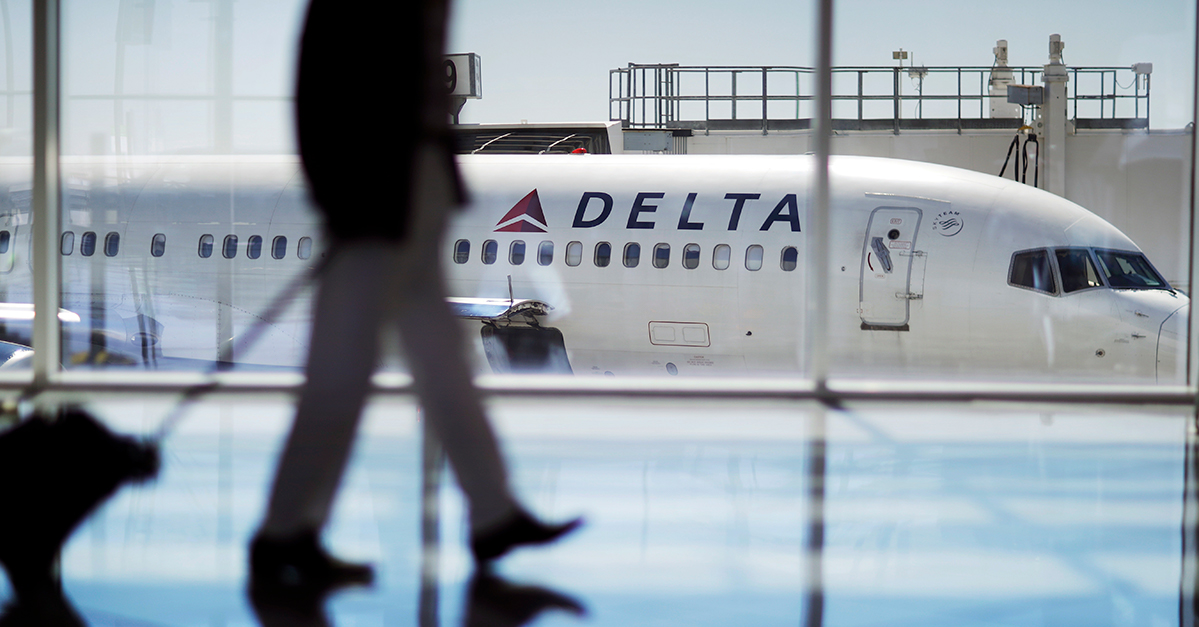 Airplanes have had make emergency landings and unplanned stops for a variety of reasons, but for a potty break?

That is, however, why a cross-country Delta flight on Saturday bound for Seattle had to touch down at Billings Logan International Airport in Billings, Montana first. While en route from New York, the Boeing 757’s toilets stopped working and after a while, passengers just couldn’t hold it any longer, forcing the emergency landing.

Delta’s incident report obtained by the Billings Gazette, said that toilets ?ceased functioning, with passengers queuing up and indicating they needed to visit the toilet.”

The report continued, “All toilets were full and passengers needed to ?go really bad.'”

The flight from New York City to Seattle typically takes about six hours.

The plane was flying near the Canadian border when it was diverted hundreds of miles south and eventually landed in Billings.

RELATED: Two extremely naughty strangers got so hot and heavy on a Delta plane, the FBI is involved

But that wasn’t the end of the story. When the plane landed, a gate wasn’t available, so the plane had to taxi to a cargo area. Once there, pilots were again told there were several ?passengers that needed to find a lavatory very urgently,? according to the incident report.

Ground crews rolled up a stairway so passengers could disembark, as the incident report put it, “to find relief of built-up pressures.”

RELATED: Aisle or window: Your airplane seat preference says a lot about your personality

The good news is the ground crew escorted passengers inside to an actual bathroom to relieve themselves of those built-up pressures.

While passengers made their way to the restroom, the plane got refueled and prepared to make the final leg of the trip to Seattle in comfort.

?I?ve heard of flights getting diverted, not here, because toilets overflowed and that blue water was rolling down the aisle,? Kevin Ploehn, the Billings director of aviation and transit, told the Billings Gazette. ?That can?t be very pleasant.?