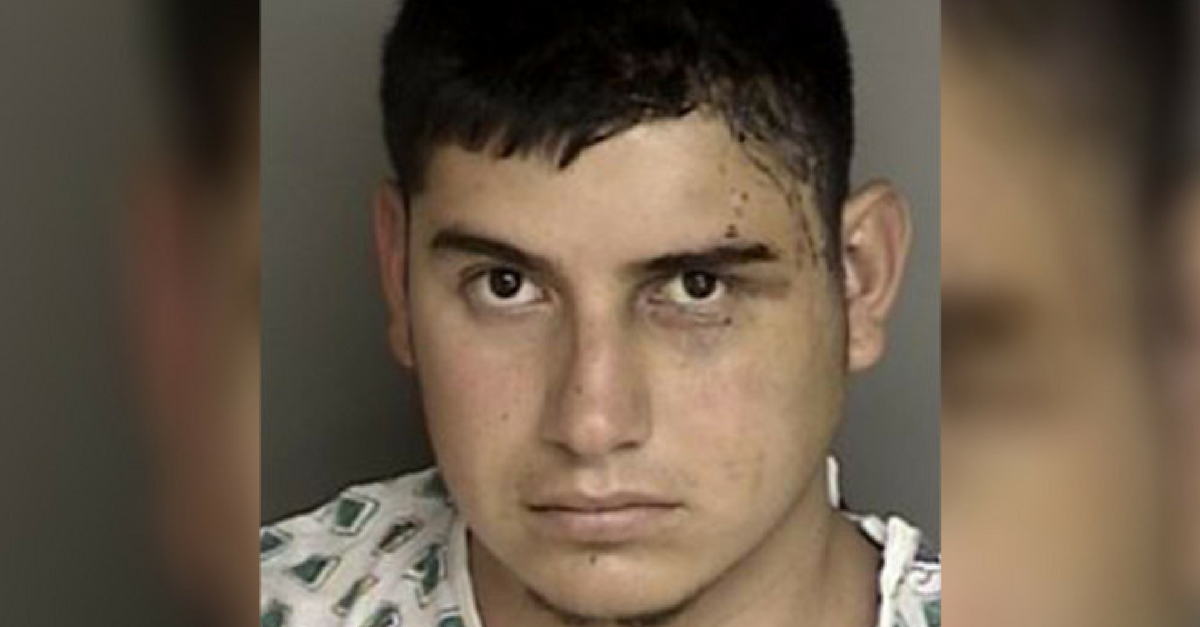 A California man who killed his date in a drunk driving accident was sentenced to over four years in prison Thursday.

Rafael Rangel, 23, drank beer before his first date with Dayazu Becerraric, 18, last August. According to police, he continued drinking after he had picked her up and as he drove them to dinner.

On their way, he reportedly misjudged a turn, a mistake that sent his car off a bridge to ultimately land on its roof.

Emergency responders freed the pair from the vehicle, but Becerraric was pronounced dead at the scene.

RELATED: A Wisconsin mom was allegedly caught drunk driving while her 8-year-old son sat on her lap steering the wheel

Rangel suffered multiple injuries and had a blood alcohol concentration of around .11, which is above the legal limit of .08.

Officials noted that many alcoholic beverages were found in the vehicle. He was found guilty of driving under the influence and causing great bodily harm. After serving 85 percent of his sentence, he will be eligible for parole.

Following the tragedy, Becerraric’s parents remembered their daughter as an “amazing, kind and determined” person.

“She wanted to be in the migrant program to help out others who were like her and whoever needed help,” her mother, Maria de Socorro Becerra said. “We have an infinity of stories to tell about our daughter: she was beautiful, amazing. She had lots of charisma.”

RELATED: This man was “close to the point of death” when he got his eighth DUI