Menu
Follow us
Search
Menu
Search
In this image made from a video provided by Q13 News, Cameron Espitia, who is accused of fatally shooting his wife Jennifer Espitia, makes an appearance in a King County courtroom in Seattle, Monday, July 3, 2017. Police say Jennifer Espitia was killed early Sunday in Seattle's Queen Anne neighborhood during an argument with Cameron Espitia while in a ride-hailing vehicle. (Bill Bushmaker/Q13 News via AP)

An intoxicated Seattle man has been accused of fatally shooting his wife in the head as they argued inside of an Uber.

Cameron John Espitia, 31, and his wife Jennifer Espitia, 29, were taking a ride home in an Uber on Sunday night when they began arguing. Espita sat in the back seat behind the driver, while his wife sat in the passenger seat. As they argued, the driver heard a loud boom and thought his car tire had blown. It hadn’t.

The driver quickly realized the noise was a gunshot after looking over at the passenger seat and seeing Espitia’s wife slumped over. Thinking he would be shot next, he asked Espitia where he wanted to go, and the man told him to just drive.

RELATED: Woman so feared her abusive ex-boyfriend that she predicted her own death

Espitia eventually told the driver to stop and got out of the vehicle. The driver then called the police, who located Espitia sleeping in some bushes six blocks from where he had exited the Uber. He was carrying small, semi-automatic pistol in an ankle holster.

“When asked how he was, Cameron said he was not having a good night with his wife,” the court documents say.

Espitia, a former member of the Coast Guard, also told officers that he had been drinking earlier and had no recollection of what had occurred between the time that he and his wife were looking for a ride and the time he woke up in the bushes.

Jennifer Espitia was taken to a nearby hospital where she was pronounced dead. Her husband was arrested and booked into jail on a $3 million bail. He is being held on probable cause of one count of second-degree murder, but has not yet been formally charged.

RELATED: He mistook his son for a burglar and shot him dead, and now he’s facing the consequences 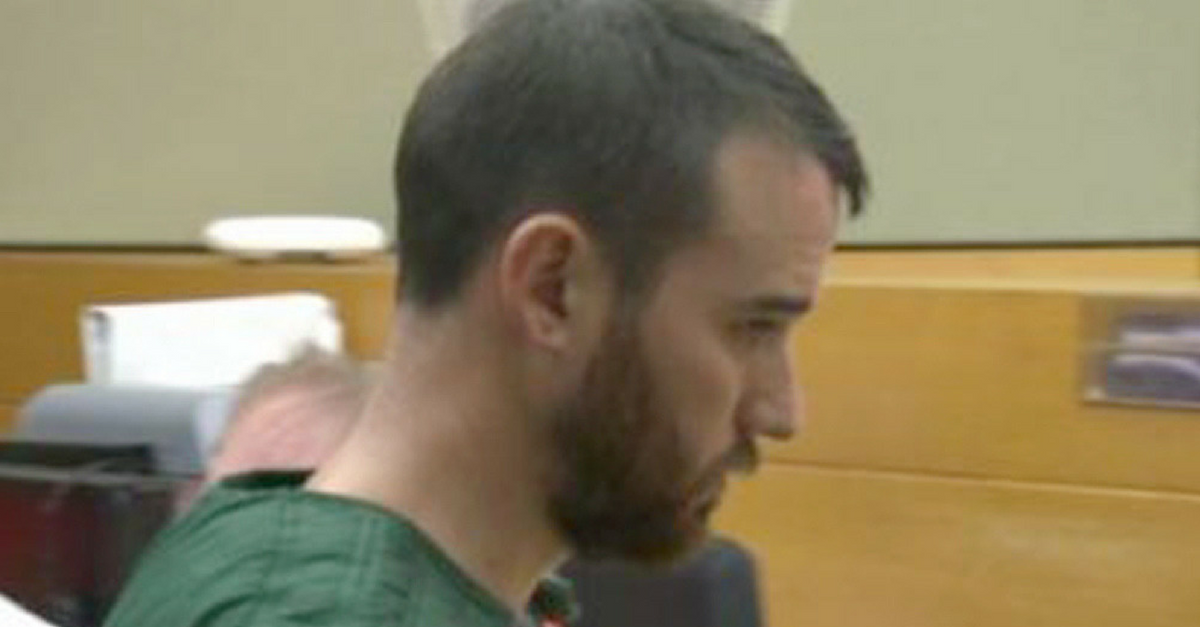