Reverend Jesse Jackson, who recently said President Donald Trump’s inauguration speech was “full of hope,” criticized several of Trump’s recent Cabinet appointments and said that the selection of Attorney General Jeff Sessions was “a stab in the heart of our struggle.”

“When Trump appoints Sessions at the Department of Justice, he led the injustice drive. He called the Voting Rights Act an intrusion on states’ rights. He called the effort to end legal segregation acts of misjudging,” Jackson said on “The Cats Roundtable” on AM 970 in New York, according to the New York Daily News.

In January, Jackson was a little more hopeful.

“The speech was full of hope and inclusion, and he reached out to cities in a way they’ve not been reached out to for a long time,” Jackson said in January. “But with that must come a target, a timetable and a budget.”

“For the Department of Education, Ms. DeVos has never ever been in the public schools,” Jackson said. “She just bought her position in the government. Hard to discuss education with somebody with those kinds of credentials.” 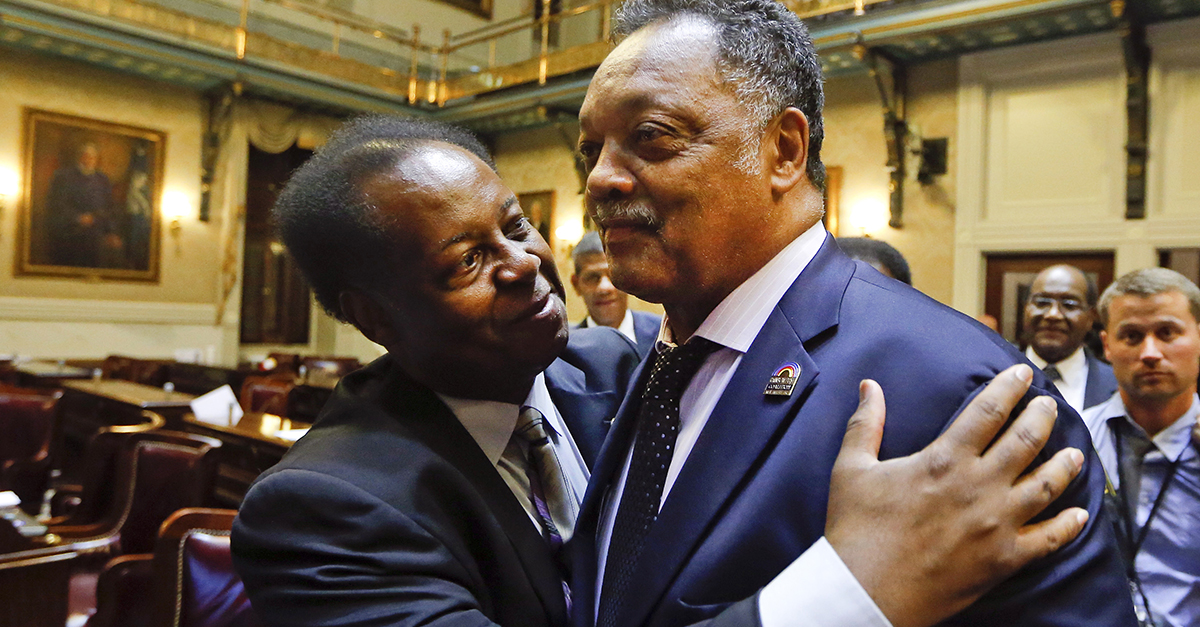