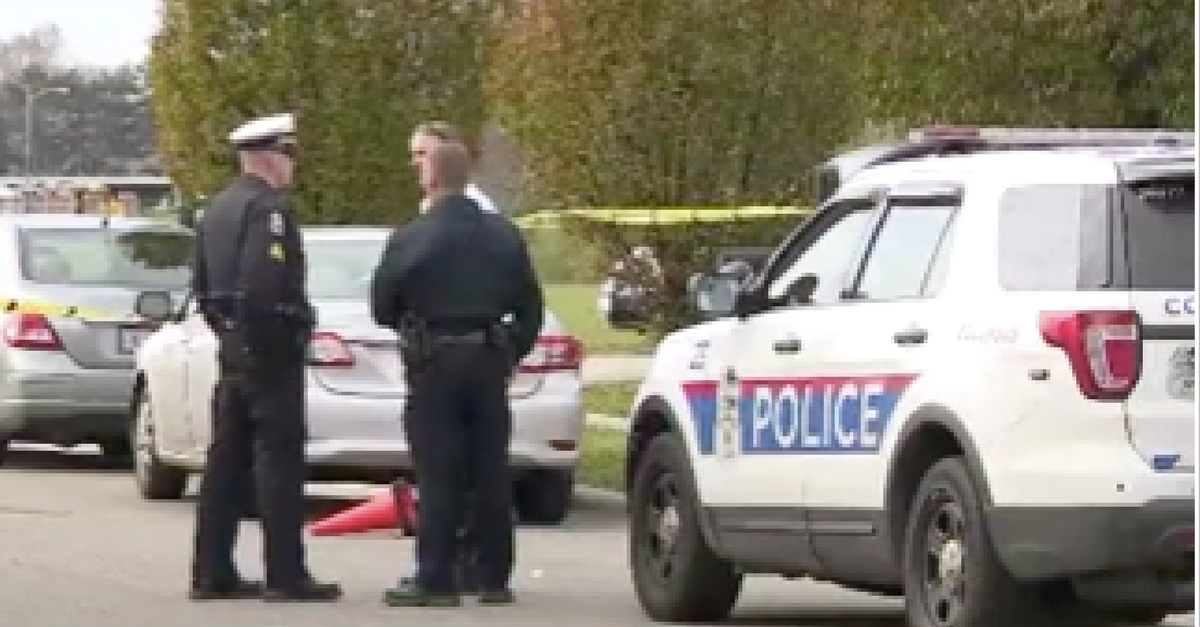 An Ohio woman was fatally shot in a drive-by shooting while she was preparing Thanksgiving dinner for her family and friends on Thursday.

Adrian Scott, 34, was standing at the kitchen table preparing macaroni and cheese when gunshots rang out and bullets pierced the northeast Columbus home.

?I went straight to the floor. We all did,? said a man, who identified himself as the uncle of Scott?s boyfriend, adding that there was a total of five people in the home at the time of the tragedy.

Police confirmed that no one else in the house was injured.

Heartbreaking>> learning more today about Adrian Scott. Young woman gunned down on Thanksgiving Day in a drive-by. The city’s 121 murder of the year. @wsyx6 @fox28columbus pic.twitter.com/yl5sEWcyvX

Scott, who did not live in the residence where the shooting occurred, was quickly transported to a nearby hospital and was later pronounced dead.

?It?s just a bad day for the family on any day,? Sgt. Stan Latta of the Columbus police homicide unit said. ?The only thing I would think is every Thanksgiving they?ll probably think about this.?

So far, no arrests have been made in the shooting and police have not yet determined a motive behind it. Authorities have also not yet released a description of the vehicle used in the shooting or of a suspect. Anyone with information related to the tragedy has been asked to call Columbus police homicide unit at (614) 645-4730 or Central Ohio Crime Stoppers at (614) 461-TIPS (8477).

Adrian Scott is city’s latest homicide. She was killed by a drive by shooter on Thanksgiving. Her boyfriend shares why she was so special on 10tv. pic.twitter.com/lVv598xdoS

RELATED: Armed with a walker and a gun, an 86-year-old woman tried to rob a bank, police say