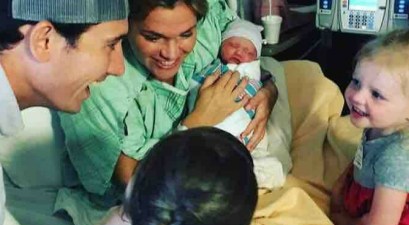 Mader was fired as a Weirton police officer after he refused to shoot R.J. Williams at the scene of a domestic disturbance in May 2016, reports WTRF. Williams, a young black man, begged Mader to shoot him while he was holding a gun in a distraught state. Mader determined that Williams was attempting suicide by cop and concluded that he did not pose a threat. Mader chose instead to deescalate the situation.

Despite Mader’s best efforts, Williams did not survive the encounter. After two of Mader’s fellow officers appeared on the scene, one of them opened fire and fatally shot Williams.

It was later discovered that Mader’s hunch may have been correct as the gun Williams was carrying was found to be unloaded.

Mader was placed on probation and fired for his actions.

The American Civil Liberties Union, which took on Mader’s case, argued that his actions were constitutional:

Under the Fourth Amendment, police officers may only use deadly force if they have probable cause to believe that the target is a violent imminent threat to the officer or someone else. Officer Mader came to the opposite conclusion — he reasonably, objectively, and correctly determined that R.J. Williams was not a threat to anyone except maybe to himself. And once he made that determination, Mader was not permitted to use deadly force under the U.S. Constitution.

“Essentially, the Weirton Police Department fired Stephen Mader for failing to violate R.J. Williams’ Fourth Amendment right to not get shot,” they continued.

With the help of the Law Office of Timothy O’Brien and the West Virginia branch of the ACLU (ACLU-WV), Mader was recently awarded a $175,000 settlement from the city of Weirton.

O’Brien said he was “pleased,” but that a case like Mader’s “should never have happened.” He explained,

No police officer should ever lose their job—or have their name dragged through the mud– for choosing to talk to, rather than shoot, a fellow citizen. Mr. Mader is a Marine and Afghanistan war veteran who served his country and community with competence and courage. His decision to attempt to de-escalate the situation should have been praised not punished. Simply put no police officer should ever feel forced to take a life unnecessarily to save his career.

A former Pennsylvania police officer sued the police dept after he was fired for not shooting a man with a gun.

Stephen Mader said the gun wasn't loaded and he wanted to de-escalate the situation without violence. 2 other officers arrived and shot the man. pic.twitter.com/OMPrgGopGK

RELATED: Meet the latest man to go from a cell to the catwalk thanks to a smoldering mugshot