Rep. Matt Gaetz (R-Fla.) surprised his town hall audience on Thursday night when he called on President Trump to release his tax returns.

“Absolutely, Donald Trump should release his tax returns,” Gaetz, who has strongly supported the president, said.

RELATED: President Trump defined his political movement during the first CPAC speech of his administration

His statement came after a tearful audience member told an emotional story.

“I’m the descendant of an immigrant, he came to America in 1607 to a town called Jamestown, and my family’s been here ever since,” said Donna Waters, 56. “”Whenever there’s a threat to this country, my family has stepped forward. There are allegations that a hostile foreign country is committing acts of undeclared war by infiltrating the highest levels of our government. You are on the Judiciary Committee. You have said they are going to investigate the Russian allegations. Yes or no, Yes or no — let me ask my question — will you call for the release of President Trump’s income tax returns?”

The crowd reportedly then yelled, “Yes or no! Yes or no!”

That’s when Gaetz said, “If you hear me out, you’ll like my answer,” before insisting that President Trump should indeed release his tax returns.

Trump became the first major party nominee since 1972 to decline to release his tax returns, claiming he would do so after ongoing IRS audits were completed. His tax returns became a topic of conversation during his presidential campaign, which was amplified when he admitted during a presidential debate to not paying federal income tax. He has since received an immense amount of pressure to release his returns, but the demands have so far gone unanswered. 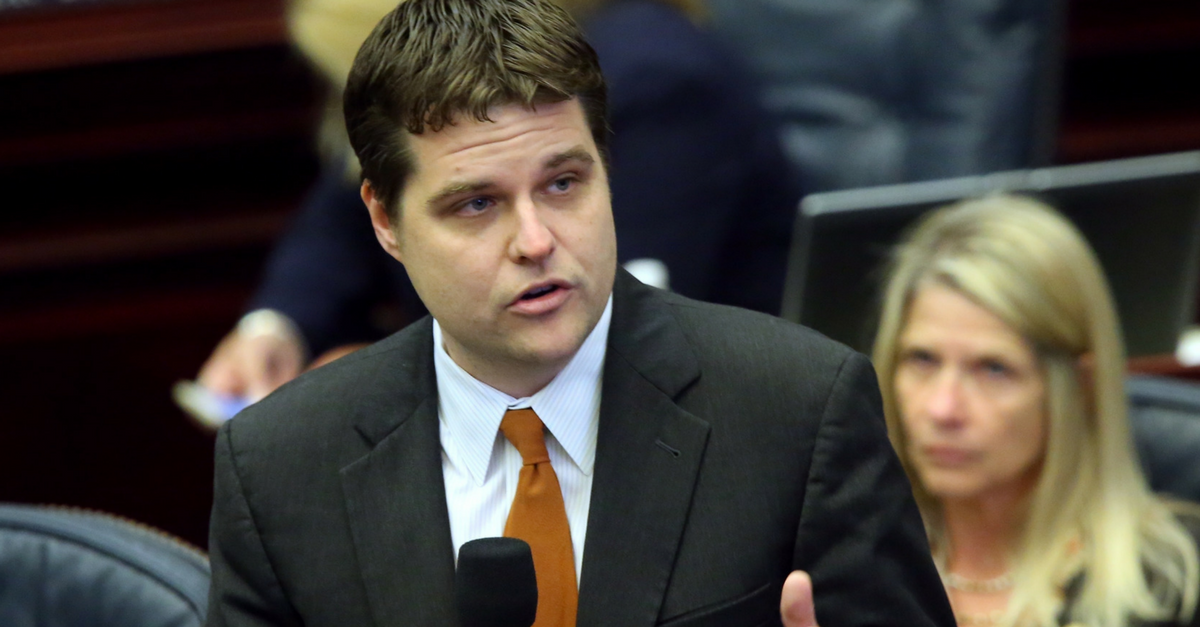