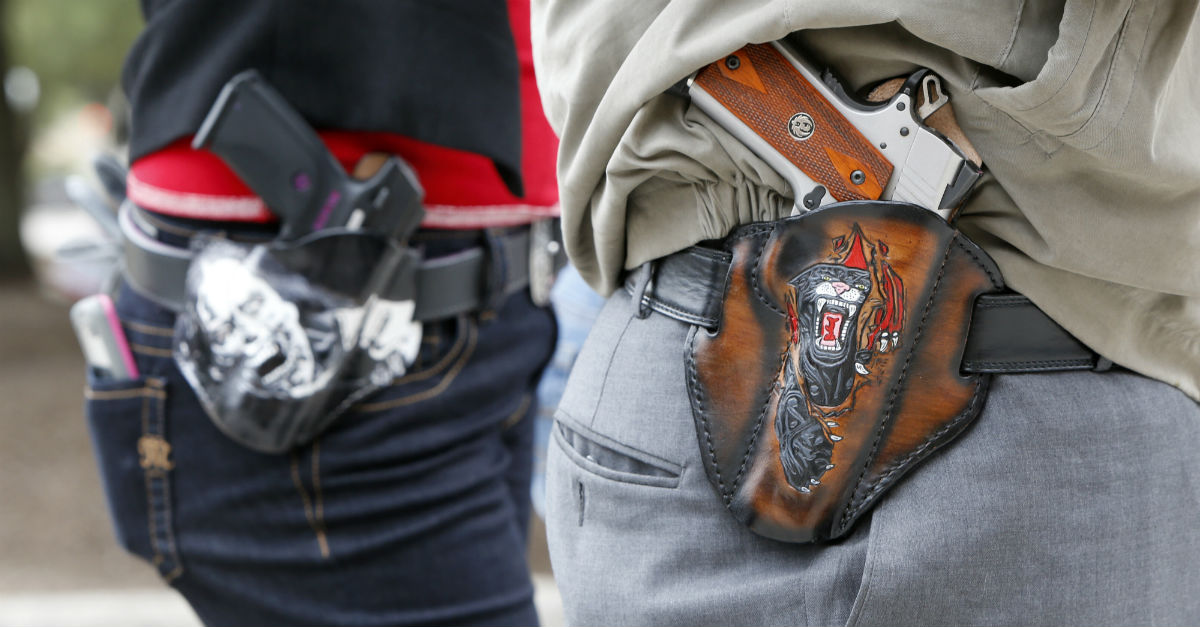 A bill being pushed through Congress would change the face of legal gun ownership in America.

This week, the House Judiciary Committee approved the Concealed Carry Reciprocity Act, or H.R. 38. Now set to go to the House floor, the bill would allow any American citizen with a concealed carry permit in one state to carry in any other state that already allows for concealed carry.

The National Rifle Association praised the bill for eliminating “the confusing patchwork of state laws that make it difficult for law-abiding gun owners to travel across the country with their firearms for personal protection.”

The vote was predictably split along party lines with many Democrat representatives criticizing the legislation. Rep. Jamie Raskin (D-Md.) accused his Republican colleagues of wanting to “wipe out our state law,” as states have different requirements to obtain a concealed carry permit.

This news will benefit the thousands of Americans that recently made Black Friday history after making 203,086 requests for background checks through the FBI, the highest amount ever recorded in a single day.

Despite the new record, guns continue to face increased scrutiny following several mass shootings this year alone, including a shooting at a country music concert in Las Vegas in October that killed over 50 and a shooting at the First Baptist Church in Sutherland Springs, Texas that killed 26.

RELATED: Would-be burglar picked the wrong person to mess with when he broke into an armed pastor?s house

While criticism predictably arose from Hollywood and many in Washington, D.C., one publication?s breakdown of guns did not go over well with audiences.

In an effort to warn audiences about ?AR-15 style rifles,? USA Today created a short video that showed various ways the gun could be modified.

A look at the gun used in the Texas church shooting. https://t.co/xdxIf5fR77 pic.twitter.com/sUY1mCCLZC

Despite one?s view of the debate over the gun, the list of potential modifications got a bit out of hand and the publication was quickly mocked for suggesting that a possible mass shooter would outfit the gun with a ?chainsaw bayonet.?

Others decided to go a different route and doubled-down on their ownership in an attempt to ward off shooters.

Just after the shooting in Sutherland Springs, a church in Tampa Bay, Fla. posted a sign to let others know that they were armed.