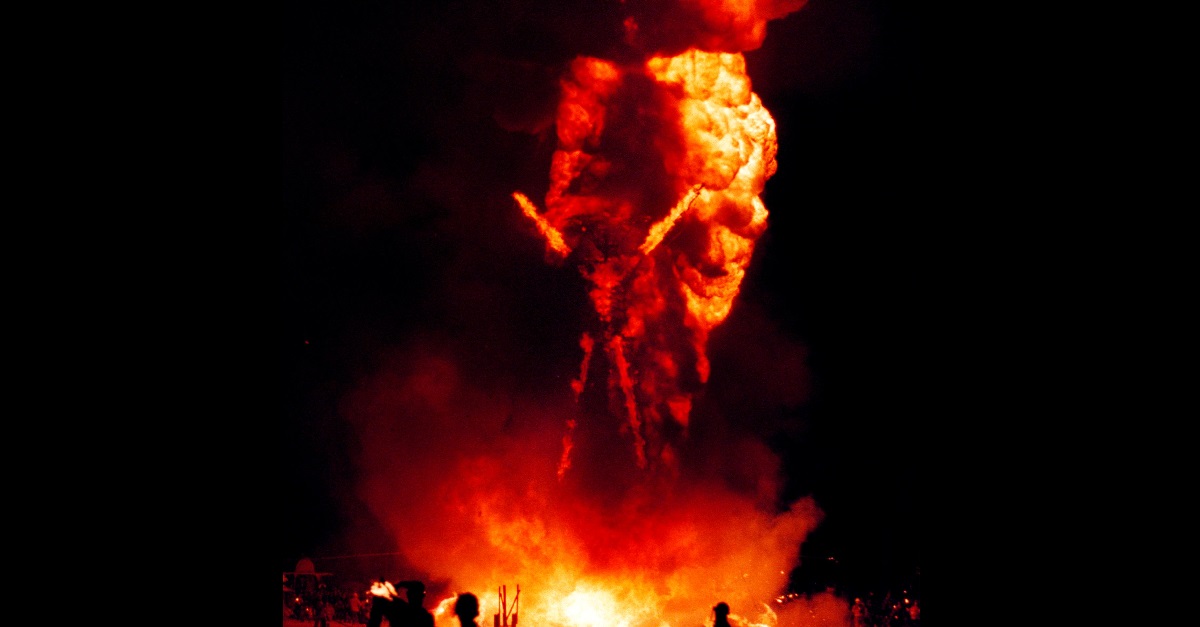 A man at Nevada’s Burning Man festival had to be airlifted from the Black Rock Desert after broaching a safety barrier and sprinting into Burning Man’s namesake burning effigy on Saturday night.

A man attending the Burning Man festival became an actual burning man after he ran into a massive bonfire https://t.co/tEUHgnEh8c pic.twitter.com/Y19NeoR6v2

The New York Post reports that the man remains unidentified, and while fire and rescue personnel tried to stop him, they could not. A statement from the Burning Man Project credits Black Rock City fire personnel with the man’s rescue.

Man believed to have died at Burning Man after diving into blazing effigy https://t.co/hBQk5tKN9T

Associated Press reports that the man has died at the University of California-Davis hospital burn center.

The annual art and culture festival attracts tens of thousands of people.