Lee Robertson was working at a LongHorn Steakhouse in Madison, Wis. when 48-year-old Rickey Resch stabbed a 63-year-old patron dining with his wife. Robertson remembered leading Resch to his table, saying he had a look in his eye, as though he was searching for a target.

“I saw him get up instantly and all I could see is a knife and he’s going towards somebody and he got him twice,” he recalled in an interview. “That’s when I jumped over the table to push him because I had nothing to defend myself with.”

Others assisted Robertson in detaining Resch. The patron thankfully survived the attack.

WMTV reports that Resch was arrested and charged with first-degree reckless endangerment while armed. Authorities believe the attack to be random.

Robertson is said to be getting a nomination for a citizens award by the Madison Police Department. 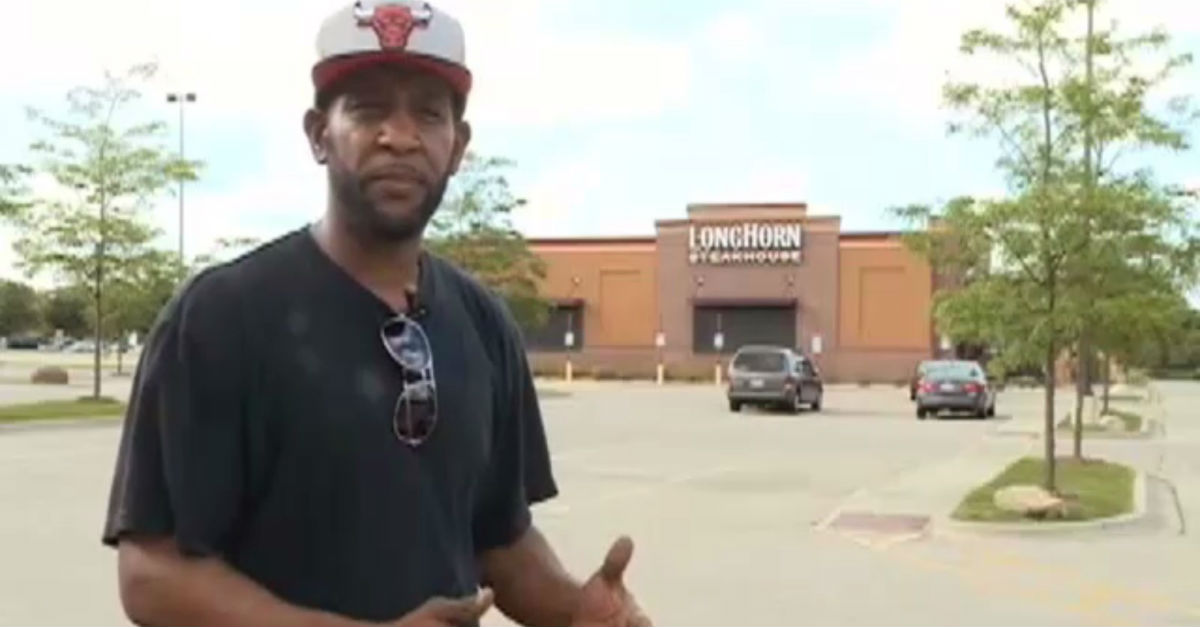