Menu
Follow us
Search
Menu
Search
BERLIN, GERMANY - APRIL 25: Ivanka Trump, daughter of U.S. President Donald Trump, arrives at a Gala Dinner at Deutsche Bank within the framework of the W20 summit on April 25, 2017 in Berlin, Germany. Ivanka Trump attended the W20 conference on empowerment for women and is visiting the Siemens training center and the Holocaust Memorial before attending an evening gala sponsored by Deutsche Bank. (Photo by Clemens Bilan - Pool /Getty Images)

A New York man was arrested on Thursday afternoon after he arrived at Trump Tower in New York City, claimed to be a senator and asked to see Ivanka Trump.

Sixto Benitez Adames was wearing a bulletproof vest and was carrying two small knives when he entered the building. He was apprehended by Secret Service, and that’s when he told them he was a United States senator. Then he claimed he was there to meet with the first daughter about her clothing line, specifically her “dresses.” He also reportedly said he owned Trump Tower.

RELATED: A man identifying himself as a “homeless veteran” and claiming to have a bomb is holding hostages inside a Georgia bank

Benitez Adames, 52, was arrested and taken to a hospital for a psychiatric evaluation after “exhibiting behavior of an emotionally disturbed person.” He faces charges of criminal possession of a weapon and possession of a forged instrument, as he was also carrying a fake New York State identity card. In addition to the knives, police also confiscated a tied sock with a weight inside it.

Ivanka Trump luckily was not in the building at the time because she is currently traveling with the president in Europe.

RELATED: Ivanka Trump shared a precious video of her daughter ahead of their first Fourth of July in the White House 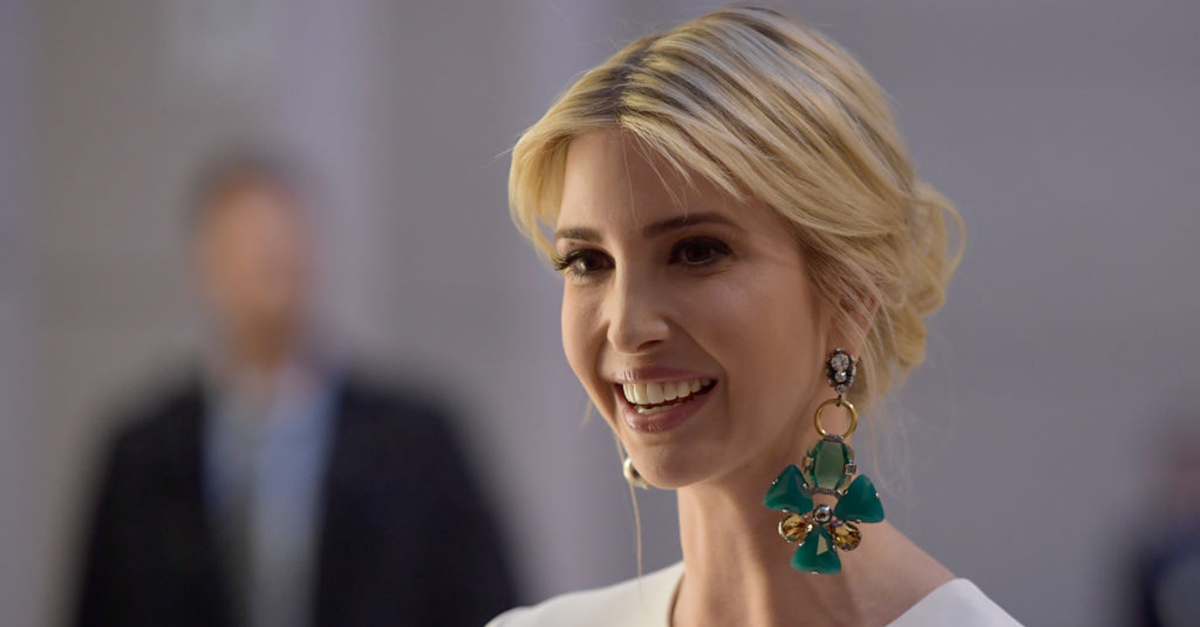