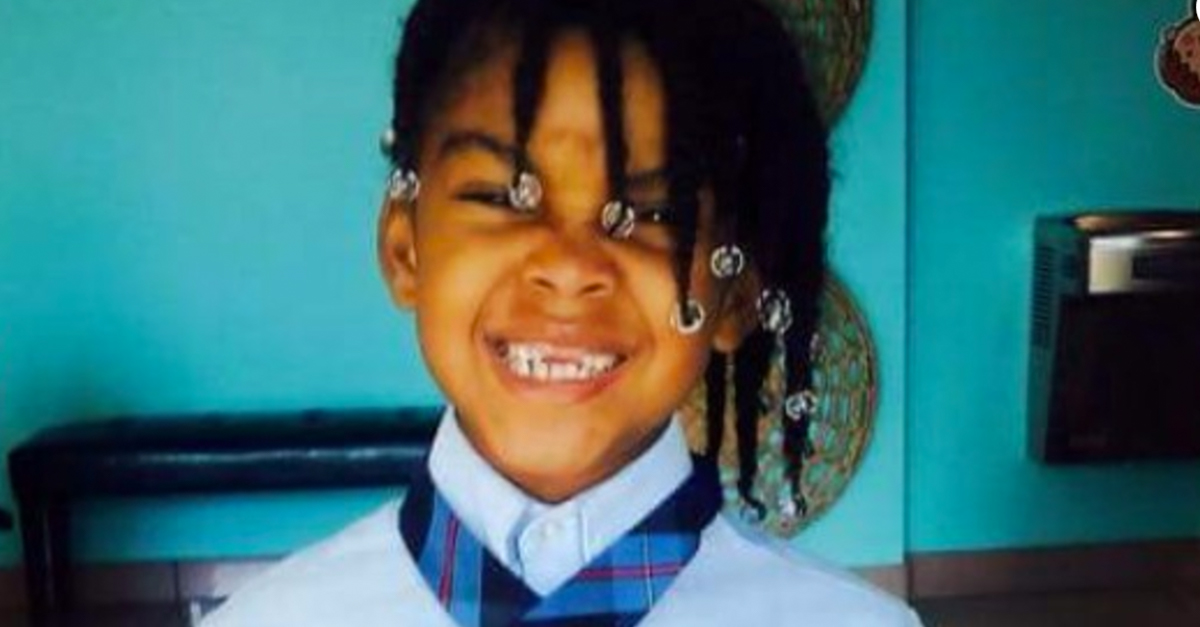 A Boynton Beach, Florida, girl has died months after she was injured drinking boiling water out of a straw on a dare, state authorities said.

The 8-year-old told her mother’s “paramour” late Sunday she couldn’t breathe, according to records from the Florida Department of Children and Families. Minutes later she was unresponsive, the 29-year-old told authorities.

Rescue crews rushed her to a hospital where she was pronounced dead at 12:15 a.m. Monday.

Family members Thursday morning identified the 8-year-old as Ki’ari Pope. According to a GoFundMe page set up for her funeral expenses, Ki’ari received a tracheotomy, an incision in the windpipe that reportedly left her deaf and with chronic respiratory problems.

State records indicate the girl burned her mouth and throat in March when her cousin dared her to drink boiling water from a straw. DCF records call her “medically compromised.”

State authorities investigated that March incident and at least nine other allegations of either abuse or neglect involving the girl since her birth.

Four of those investigations were within the last seven months, records show, the most recent of which stemmed from a June incident in which a relative was watching the girl.

Five other reports looked into alleged violence between the mother and her “paramour.”

At least one of those investigations — it is unclear which — yielded verified proof either of abuse or neglect. As a result, the department’s Critical Incident Rapid Response Team will be looking into the girl’s death.

“The loss of this child is truly devastating and our condolences go out to all those who loved her,” Department Secretary Mike Carroll said in a statement Wednesday. “We have opened a child death investigation to examine the circumstances surrounding her death and will deploy a Critical Incident Rapid Response Team to review all interactions this family has had with Florida’s child welfare system.

“We will also continue to work closely with law enforcement to support their continued efforts.”

The 8-year-old is the 11th child to die this year in Palm Beach County, according to a DCF database. Child-welfare authorities determined four of those children previously had been either abused or neglected.

Among them are 2-year-old Lanard McDowell, who was struck by an SUV and killed in late May outside his West Palm Beach home.

Eleven-month-old Brayden Howard died in March, days after he was found whimpering in his crib with a blanket wrapped around his neck. The boy had been in the care of an “aunt” in Fort Lauderdale following allegations of drug abuse in his Jupiter Farms home. Fort Lauderdale police are conducting a criminal investigation into Brayden’s death.

In February, a 3-year-old boy with autism was found face down in a body of water outside his home west of Boca Raton. Prior to his death, he too had been either abused or neglected, state welfare authorities found.