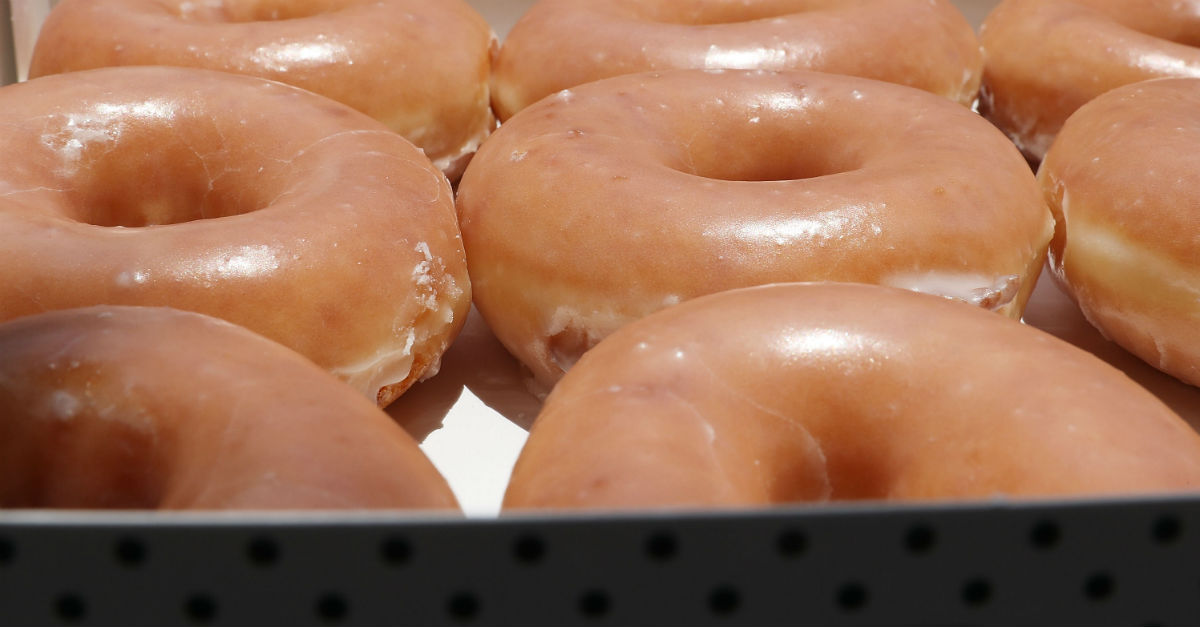 A Florida man was awarded justice in cash after police mistook the doughnut glaze in his car for drugs.

Daniel Rushing, 65, was given $37,500 in a settlement after suing the city of Orlando for an improper arrest, reports the Orlando Sentinel. Rushing was taken to jail in 2015 by Cpl. Shelby Riggs-Hopkins after she incorrectly identified tiny flakes of hardened glaze from Rushing’s Krispy Kreme doughnuts as crystal meth during a traffic stop.

“I couldn’t believe it,” Rushing said. “I’ve never even smoked a cigarette before, let alone meth.”

Riggs-Hopkins noted in the arrest report that she saw “a rock-like substance on the floor board where his feet were.” A roadside test incorrectly identified the glaze as an illegal substance, which was disproven by a later test conducted by the Florida Department of Law Enforcement. Riggs-Hopkins arrested Rushing and took him into custody on the charge of possession of methamphetamine with a firearm.

“I haven’t been able to work,” Rushing said, hoping that the incident will be expunged from his record. “People go online and see that you’ve been arrested.”

Riggs-Hopkins received a written reprimand for the arrest, and over 730 officers were trained on the proper way to conduct a field test.

RELATED: The Utah cop who manhandled a nurse and got fired isn’t going down without a fight