A man says he and his mother were stalked by a drone for months before he managed to drive it away — for now.

Casey Savage lives at home with his terminally ill mother. When she saw the drone, he started to get worried. The Heber City man said he first noticed a drone lingering over his Utah home “six months ago,” but thought nothing of it.

“I look up and he’s just hovering right around our backyard, and I’m like, ‘Whatever, it’s a drone and probably some neighborhood kid playing with it,'” he told FOX13.

But the encounters stacked up. Savage kept seeing it — “a third, fourth, fifth time” — and then his mother even saw the robot peering in her window, “6 inches” from the glass.

“Someone is watching us for whatever reason,” Savage said.

Recently, he’d had enough. Savage told FOX13 that he stepped outside and pointed a BB gun at the drone. He didn’t shoot. It flew away.

“As soon as they saw I had a gun, they got out of there,” he said. It’s not clear if the drone has been back since.

If you find yourself in the same shoes, you have limited options, under existing law. Airspace is regulated differently than property — and drones are, right now, in a legal grey area in most states. Shooting pictures or video through a neighbor’s window, however, is illegal.

Police interviewed by FOX13 say the best option is to see where the drone goes in the hope of tracking down the owner. Savage hasn’t been able to do that; the drone, after all, can fly.

It flies down the street toward a local park, according to Savage. 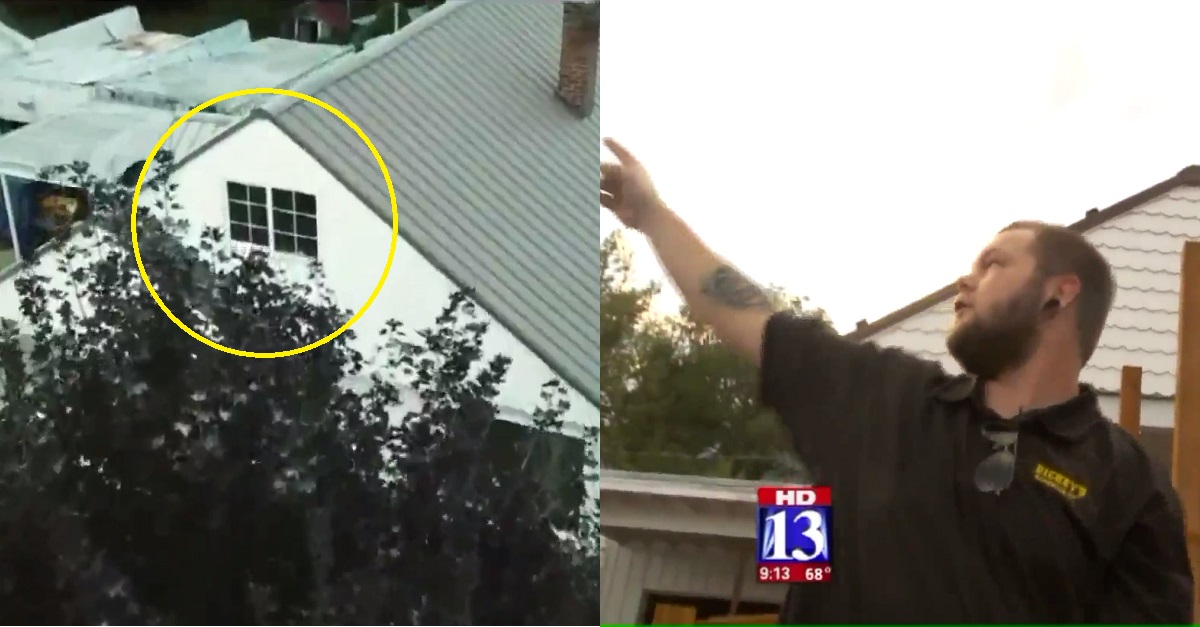