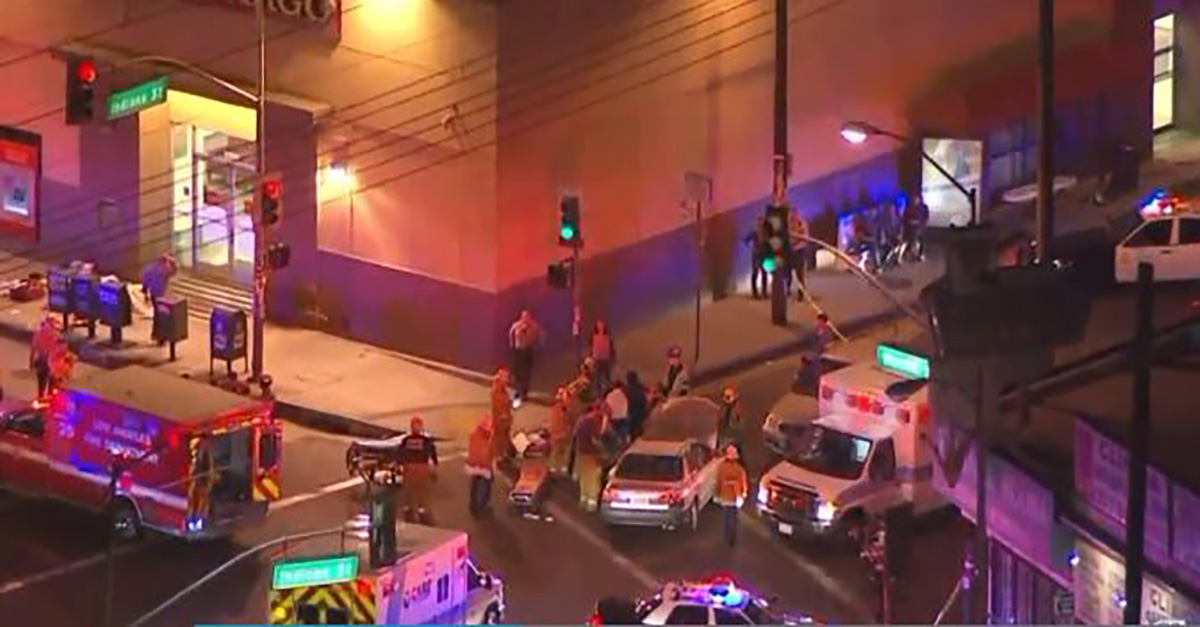 Two kids were killed, and their mother left in critical condition after a police vehicle struck her and several others while racing to a crime scene, authorities say.

Two Los Angeles County Sheriff’s Department deputies were responding to an emergency call of a reported gunshot victim when their vehicle collided with two other cars, CBS Los Angeles reports.

RELATED: A woman who claimed she was God smashed into a cop car, and it was all caught on body cam

The impact sent the deputies’ SUV hurtling on the sidewalk and into a group of pedestrians walking through a crosswalk.

Two children, ages 7 and 10, died in the collision; one at the scene and the other child after being transported to the hospital. Their mother was also taken to the hospital in critical condition, CBS Los Angeles reports.

“I was inside in my home, and I heard the crash. Within seconds, I was outside and just a few feet from the incident,” said witness Paulette de la Cruz to KABC-TV. “When I got there I saw a little boy with a white blanket over him. Another one across, I’m not sure if he was conscious or not, but it didn’t look like he was.”

The impact of the sheriff’s vehicle caused the second car to hit a third, injuring “two additional adult pedestrians in the crosswalk,” according to Officer Drake Madison, an LAPD spokesman.

RELATED: A cop?s high-speed pursuit of a biker ended in a horrible fatality, and the deputy has been placed on leave

According to Madison, eight people in total were taken to the hospital, and five with minor injuries, the LA Times reports.

The two other drivers remained at the scene and were uninjured. The two police officers involved were transported to the hospital in stable condition. According to LAPD Captain Alfonso Lopez in a press conference, they were expected to be released soon, KTLA reports.

The investigation into the deadly crash is underway, with police asking for information from the public.