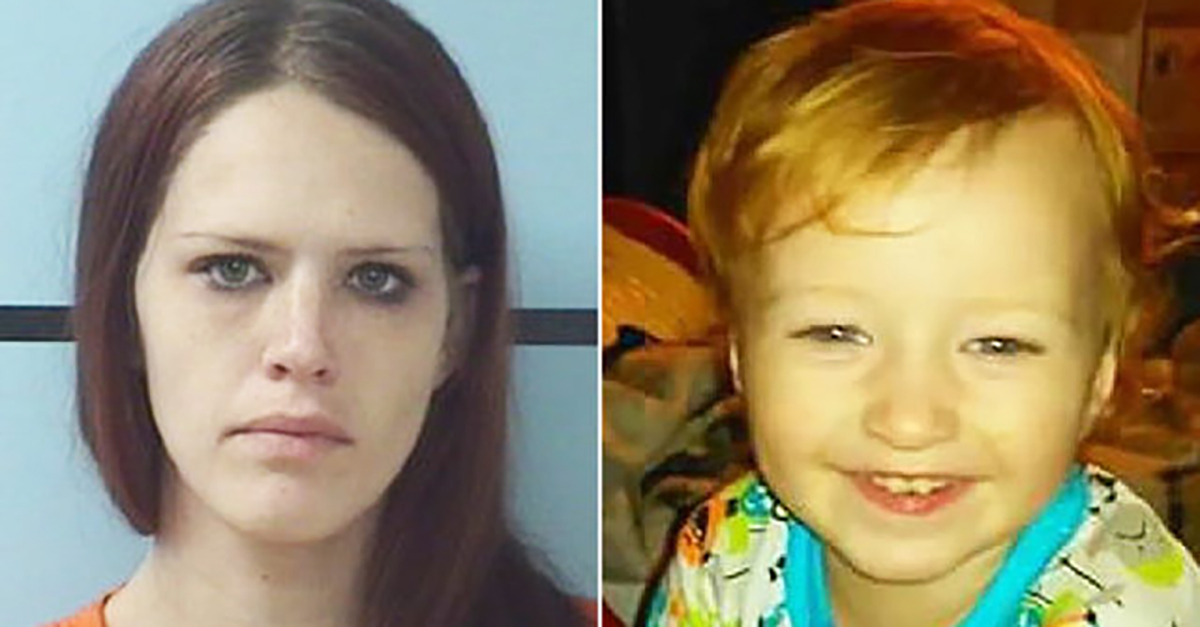 A North Carolina woman has pleaded guilty to involuntary manslaughter of her 3-year-old son, who froze to death in March on the porch of their home while she lay unconscious inside with traces of drugs in her system.

RELATED: The horrible way a father reacted on camera to his son falling the snow has him in deep trouble

Jamie Basinger, 24, could, however, return home soon. She accepted a plea deal Monday, the day her trial was set to begin, in which prosecutors dropped an additional felony child abuse charge against her.

The judge gave Basinger a split sentence that includes 36 months of supervised probation and between 19 and 32 months of prison time. But, the News Herald reported, Basinger was given credit for the 245 days she has been in custody and only will have to serve prison time if she violates her probation.

Her son, Landyn Melton, was found frozen to death after a neighbor spotted him on the front porch of his home in Morganton, N.C., and alerted the police. Temperatures that morning were in the 20s, and a wind chill made it feel even colder.

The 3-year-old’s smudged fingerprints were found on the porch’s glass door, which indicated that he was trying to get inside and proved that Basinger’s negligence led to his death, Assistant District Attorney Michelle Lippert said in court.

Landyn had blood on his face, but an autopsy showed no signs of trauma, according to the News Herald.

When an officer arrived at the home, Basinger’s boyfriend, Joshua Steffey, answered the door. He and Basinger both admitted to police that they smoked meth two days before the 3-year-old was left outside in the cold, and they smoked marijuana the night before.

Landyn usually stayed with Basinger’s mother, Brenda Basinger, but the night before he died, the boy had just celebrated his third birthday and wanted to spend the night with his mother.

For Basinger’s family, the plea deal that will allow her to return home did not close this ordeal for them. Brenda Basinger told the News Herald that the family has a lot of unanswered questions.

RELATED: A toddler met a brutal death after she lost an argument over pajamas