Connor Cox is a freshman at Westminster College in New Wilmington, Penn. He’s a criminal justice major who just found himself on the receiving end of some familial justice.

The offense? Failing to take the trash out in the first degree. (Okay, maybe second, if he, uh, ‘forgot.’)

RELATED: This snowy shower prank is proof that revenge is best served cold

His mom’s reaction, however, is what’s getting everyone’s attention. She didn’t let this one fly — she emptied the trash into a box, slapped a label on it and shipped her son’s trash to him!

“I got two boxes and I opened one and it had food in it and I realized there wasn’t food in the other one. It was a bunch of trash, tissues and soda cans,” said Cox, who was interviewed by ABC News.

When he talked to his mom after opening his ‘care’ package, she was blunt about it. Cox asked his mother, “Did you send me the wrong package? Why did you send me this?” His mother gleefully responded, “That’s the trash you were supposed to take out!”

He tweeted a photo of the package shortly thereafter.

Connor loves his mom, even when she (deservedly?) mails his trash to him. “She has a good sense of humor,” he told ABC News. “She’s a good mom.” 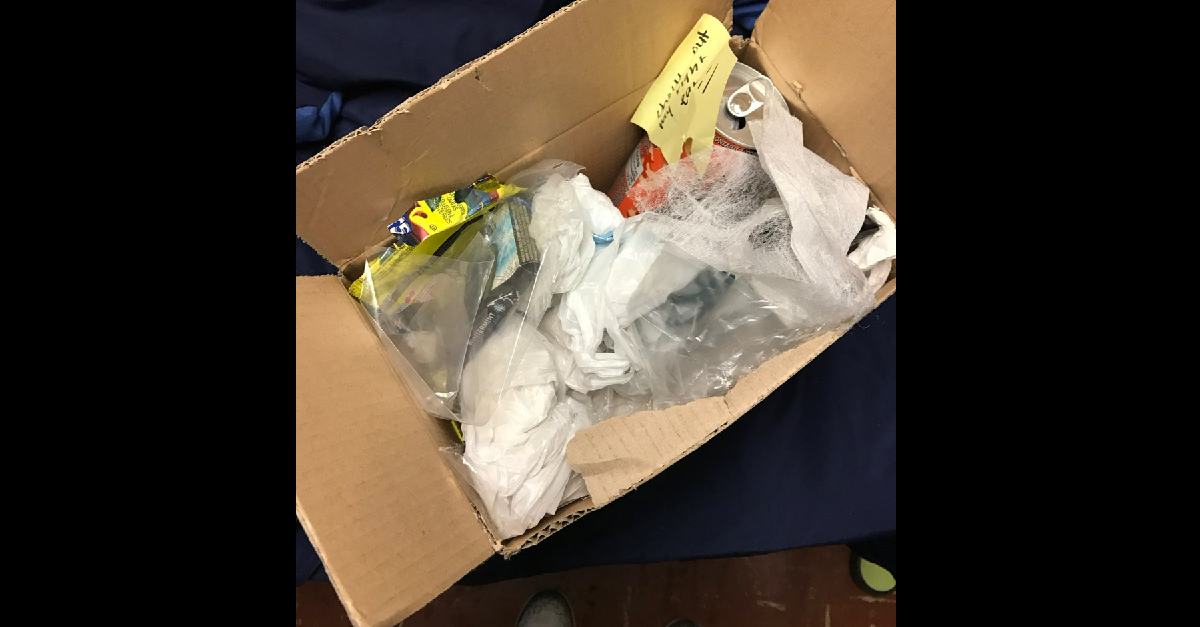