Mekenzie Guffey, a 19-year-old Alabama woman, is facing statutory rape charges for allegedly having sex with a 14-year-old boy after she listed the teen as her baby’s father on a Medicaid application. According to Police Chief Jason Hepler, she later admitted to becoming intimate with the boy on multiple occasions.

“She was proud of him being the father until she found out we were going to become involved,” Hepler said. “She told us she didn’t count, but it was more than a few times that they were together.”

Guffey’s relationship with the boy reportedly began in December, and both the Department of Human Resources and police started investigating her when she applied for Medicaid in March and identified the boy as the baby’s father. She was charged with second-degree rape, second-degree sex abuse, enticing a child for immoral purposes, traveling to meet a child for an unlawful sex act, possession of child pornography and dissemination of child pornography. She has since been released from Jackson County Jail on a $25,300 bail.

The pornography charges resulted from a police search of her cell phone, which found sexually explicit videos and photos, including some that Guffey had sent to the boy herself. A conviction of the felony rape charge alone could land her up to 20 years in prison and would require her to register as a sex offender.

RELATED: An NYPD officer convicted of raping girlfriend’s teen daughter was given a shocking sentence 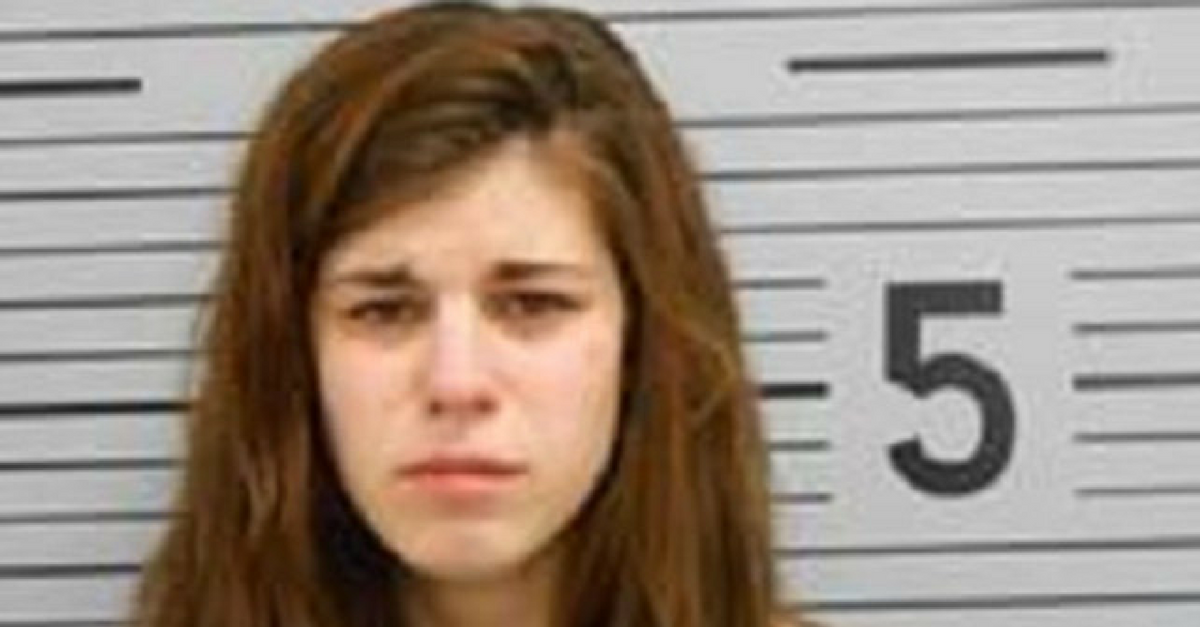