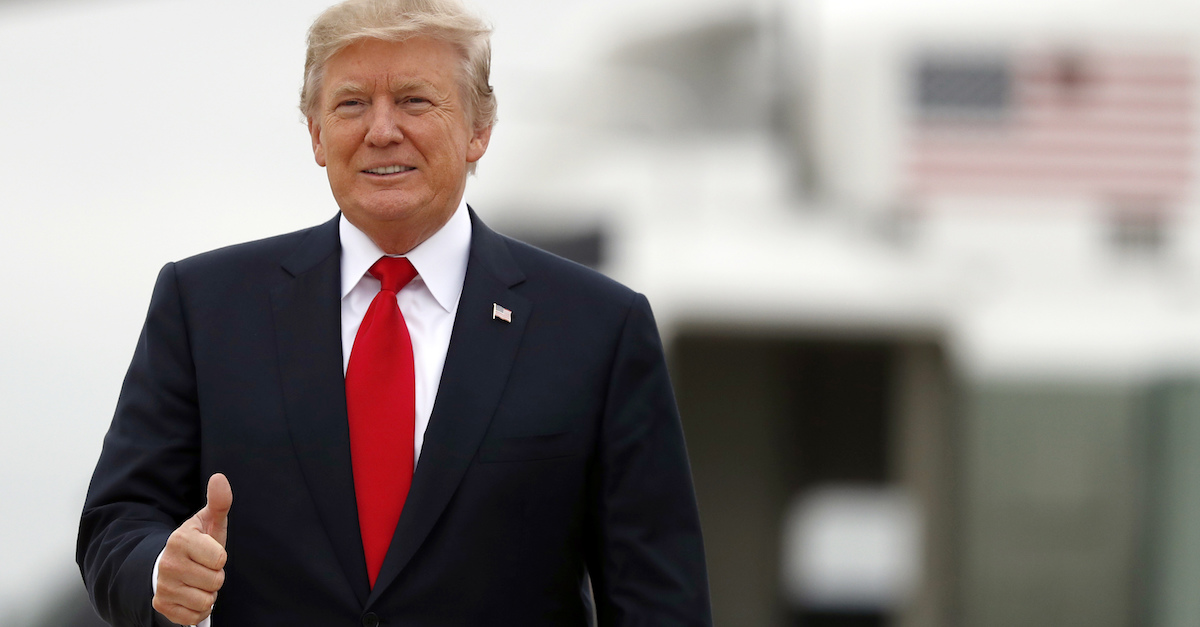 One super PAC sought to support President Trump with a billboard that’s quickly getting some attention.

The red billboard lists various news groups, including CNN, The New York Times, NBC News, MSNBC and Time Magazine. The New York Times is in the largest font and is displayed in the middle. Underneath were the words “THE FAKE NEWS…”

The ad then indicates that if observers want “the real story,” then they can do so by going to Askcdp.com, which links to a complaint the group filed regarding the financing of Hillary Clinton’s 2016 campaign.

The reactions were reportedly mixed.

“I don?t think there?s fake news, I think the news reports the news as they see it,” one man from New Jersey told CBS. A woman from Long Island criticized, “The free media and the free press is another part of our democracy.”

Another person said that some of the news coverage of the president is “a little overboard, but some of it?s on the money.”

The ad will remain in the area for a week.

RELATED: According to one study, fake news is overwhelmingly shared by conservatives