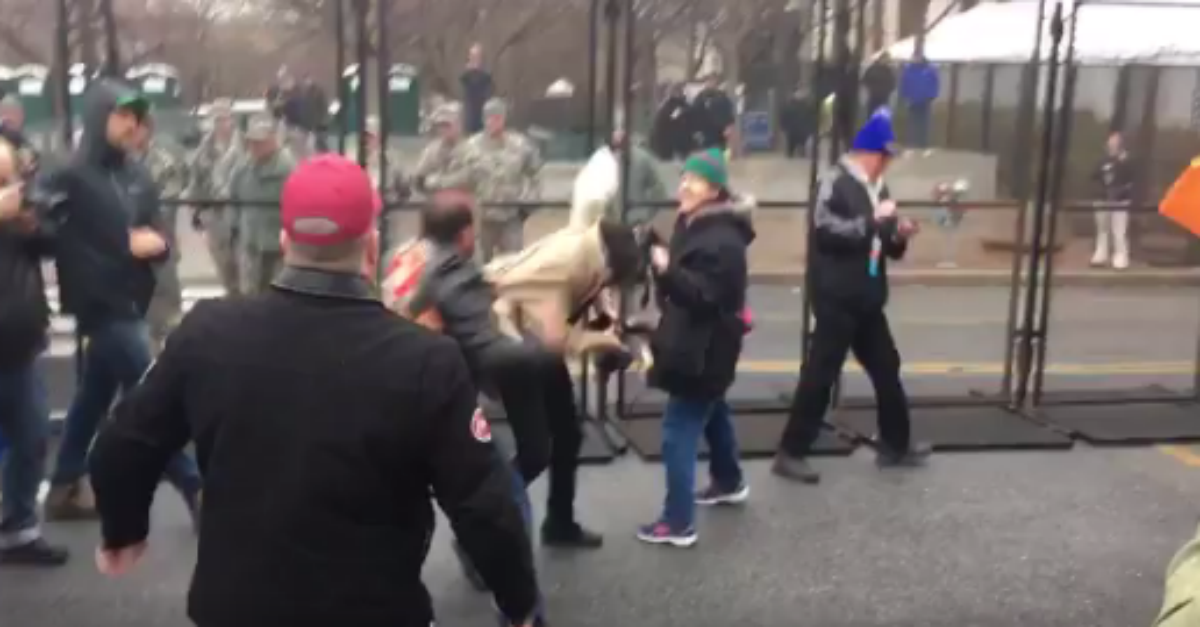 Protest group #DisruptJ20 appeared in Washington, D.C., to protest President Trump’s inauguration. The Bikers for Trump showed up to protect it.

As video captured the Friday protests steadily becoming more and more intense, at least two witnesses filmed a brief clash between the protest group and the biker group.

RELATED: The Bikers For Trump arrive in Washington DC to rally in support of the 45th President of the United States

Fistfight breaks out between Bikers for Trump and #DisruptJ20 protesters near barricaded #inauguration checkpoint. pic.twitter.com/IHLI7cyXy6

Tensions are high as politics and violence mix dangerously on the streets of the nation’s capital.

The following video was captured by Rare documenting some of the violence that occurred merely streets away from the White House.