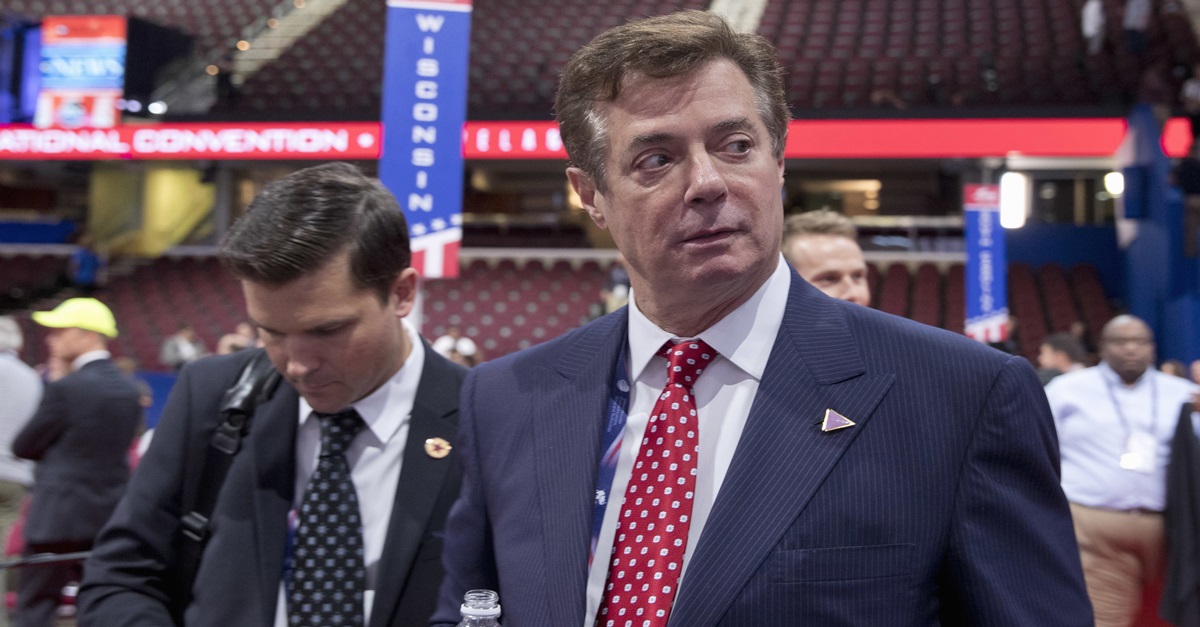 Former Trump campaign manager Paul Manafort will register as a foreign agent, becoming the second member of the Trump campaign to do so after Michael Flynn. He is expected to take the action to identify him as an agent of Ukraine as an “appropriate step” in response to “guidance” from government officials.

That’s according to the Associated Press, who also reported that they had confirmed payments between Ukranian officials and Manafort’s consulting firm, Davis Manafort. Those payments worth $1.2 million were first revealed in the Ukranian “Black Ledger” that surfaced last summer. That ledger seemed to detail payments to Manafort’s consulting firm that totaled in the millions of dollars above and beyond what he earned while consulting Russian and Ukranian businessmen and a Ukranian political party that favored the Kremlin.

At the time, Ukranian investigators said the ledger was evidence of off-the-book payments to Manafort; one said that a $750,000 payment (part of the $1.2 million named above) should be investigated as potential money laundering.

Manafort resigned from the Trump campaign in August 2016, shortly after the Republican National Convention and amidst nonstop press about his lobbying work on behalf of Ukranian businessmen and pro-Russian interests. Under Manafort, the Republican platform changed in ways that seemed to align with Manafort’s work in Ukraine. In particular, many pointed at the rejection of a party platform to strengthen Ukraine against further Russian military intrusion by providing them with “lethal defensive weapons,” something most Republicans foreign policy leaders favored.

Former National Security Advisor Michael Flynn registered as a foreign agent last month for work performed on behalf of Turkish interests by Flynn and his consulting group, Flynn Intel Group, Inc. A Freedom of Information Act request filed by the Daily Caller reveals that the Department of Justice took interest in Flynn after he published a pro-Turkey editorial on Nov. 8, 2016. They found that Flynn’s consulting group took $500,000 from a company owned by a prominent Turkish businessman, though they reported less than $5000 of that.