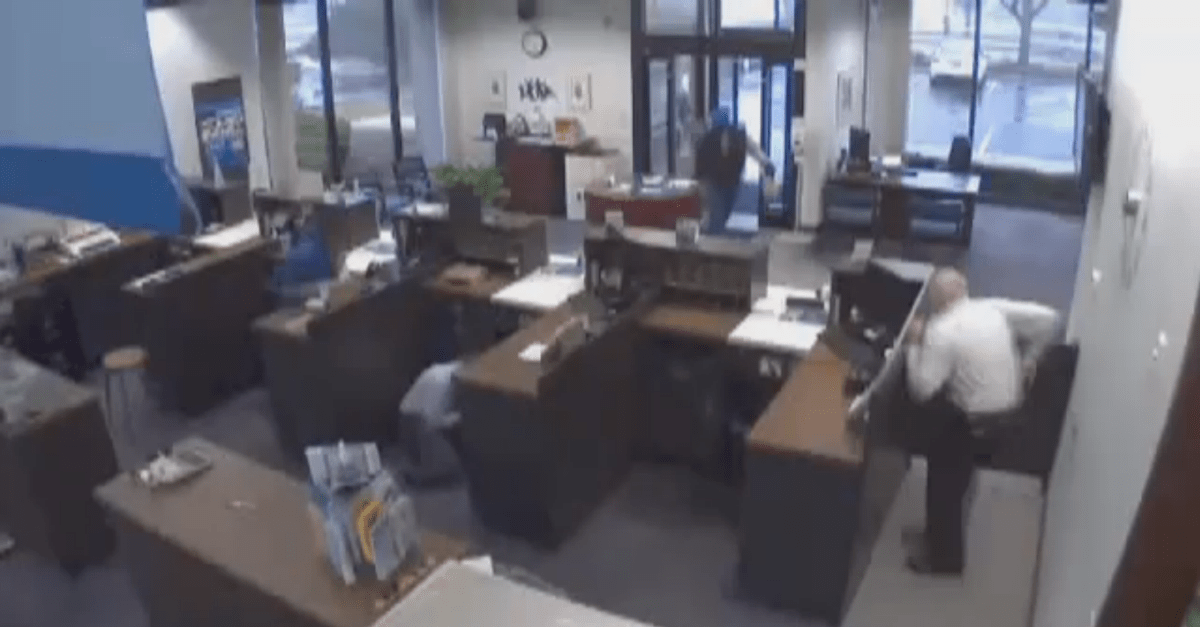 Brian Harrison was working as a security guard for Alpine Bank in Rockford, Ill., when masked gunman Laurence Turner entered.

A video released after the incident shows Turner entering the building on January 20 and shooting once into the ceiling. He then pointed his gun to the staff behind the counter, causing Harrison to fatally shoot Turner.

RELATED: RIP to the beloved NYPD officer who became internet famous after he twerked on camera

On Tuesday, it was announced that Harrison acted in self-defense. Joe Bruscato of the Winnebago County state attorney office said:

“There is no doubt in my mind the actions of Brian Harrison saved the lives of those that were employees in the Alpine Bank location on that date and saved his own life.”

Both the Winnebago County Police Department and the state attorney’s office determined that Harrison will not face criminal charges.